Frederick Douglass statue to be moved into the U.S. Capitol 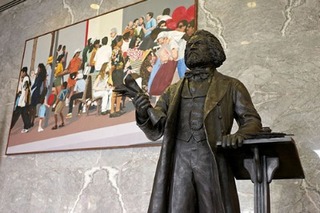 The House of Representatives is set to vote on legislation introduced in early August that would allow a statue of the famed abolitionist to be moved from a D.C. government building to the U.S. Capitol. The statue of Douglass is one of two that D.C. commissioned in 2006—the second is of Pierre L'Enfant—to join the two busts that every state is entitled to have in the…

Thanks for the welcome.

I have the family history for the Francis Douglas family who arrived in 1863. It is on family search I hope. My nana, Flora Ross/Miller wrote her mother Ann's history. Annie lived till aged 97 and died at Waikato Hospital.. She was endowed with quite a sense of humour-- I have some autographs of hers.
Francis Douglas ?b. Carlyle Cumberland(snr) d. 14/9/1892 Akld, NZ married Elizabeth Kidd b 16 oct 1825, Biggar, Scotland; d. Dec 1866, Akld, NZ-- daughter of Alex Kidd and Ann… Continue

The public is invited to two open houses at Davis-Douglas Farm, Massachusetts: from 10 a.m. to noon Saturday, Sept. 29; and from noon to 2 p.m. Sunday, Oct. 21.

This summer, the Trust purchased the Davis-Douglas Farm, a beautiful 10-acre property on Long Pond Road. Long a beloved scenic landmark in south Plymouth, this property was once part of Howland Davis’ estate on Long Pond. The property’s most recent owner, the Bongiovanni family, has designated the property be named the…

Memorial to the Good Sir James

I have heard that there is a proposal to erect a memorial to Sir James Douglas, who won his knighthood at the Battle of Bannockburn, and died carrying the heart of Robert the Bruce to the Holy Land.

As I understand it, the plan is to erect a cairn, or monument at Douglas Castle on land owned by The Earl of Home.

Can anyone tell me more about this?

I have hopes that a Clan Douglas Heritage Society might be formed at the time of the Clan Gathering, in July 2014.  Perhaps…

X Factor contestant Jahmene Douglas suffered a  break down on last night's show and needed medical attention because he was so anxious about his performance.

After the judges were told Jahmene Douglas was with medics Nicole Scherzinger and Louis Walsh decided to go back stage to give him a pep talk in an attempt to instil some confidence in him.

Jahmene said: 'Today there’s a lot of pressure on me because yesterday I let myself down a lot, didn’t…

William Douglas is murdered at Stirling – 1452

In 1452 James II invites William, 8th Earl of Douglas, to Stirling Castle. James demands that Douglas end an alliance with the MacDonalds. In the argument that follows Douglas is stabbed to death.

The Dowager Duchess of Northumberland, who has died aged 90 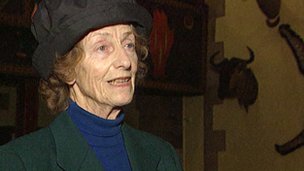 The Dowager Duchess of Northumberland died on 19th September 2012, aged 90. Born on January 20 1922, Lady Elizabeth Diana Montagu-Douglas-Scott was the elder daughter of the 8th Duke of Buccleuch (and 10th Duke of Queensberry) and his wife, Mary (Mollie) Lascelles. She was the widow of the 10th Duke.

On this day, 19th August

On this day, 19th August, in 1356, English forces led by Edward the Black Prince decisively won the Battle of Poitiers and captured King Jean II of France.  William, 1st Earl of…

On this day in 1752 – In adopting the Gregorian calendar under the terms of the Calendar (New Style) Act 1750, the British Empire skipped eleven days (September 2 was followed directly by September 14).

Hello,Douglass'
I'm looking for Kendall P. Douglass, born in 1797 in Vermont. In 1840 and 1850 he was in Chautauqua County, New York. His wife is Charity Preston, and his son is Joseph E. Douglass, born in 1841 in Sherman, Chautauqua County, New York. Joseph died in 1906 with a flag at his grave designating him as a Civil War officer. Any tidbit of information would be more than welcome!

The ‘People of Medieval Scotland’ is a database of the 21,000+ people mentioned in the 8500+ documents from Scotland that survive between 1093 and 1314. It has been designed to cater for beginners as well as experts. Learners can explore and discover this pivotal period of Scotland’s past on their own terms. Experts can conduct research in days and hours that would once have taken them months. The database also offers learners and experts a new experience of engaging with the past, allowing…