John Hunt, son of Captain Thomas Hunt and Ann Wilkins, was named for his grandfather, John Wilkins. John Hunt inherited 600 acres from his father, Captain Thomas Hunt. This included the house Captain Hunt lived in. in the Quit Tax Rolls of 1704 John was recorded with 440 acres. John, also, inherited a horse mill from his father. John Hunt, along with his brothers, Thomas and Gawton Hunt, the 400 acres Captain Hunt held on Hogg Island. Hogg Island is found on the seaside of the Eastern Shore…

Percy Douglas of the Netherlands

I am trying to locate two publications:
• "Scottish families and their symbols in the Netherlands or the coats of arms of Dutch families of Scottish Descent" (c1998), and
• Portretten van de Nederlandse Burgers van Schotse af komst (1996)  (Portraits of the Dutch citizens of Scottish descent)

Both by Percy Douglas

In the previous blog I was providing information about Burgess and Captain Hunt. The Burgesses being returned, presented Col Thomas Ballard of James City County as their Speaker and who was accepted. It does not appear that Lord Culpeper ever showed up and no business was conducted in 1683. In April 16, 1684 Burgess members for that year included for Northampton County were Col William Kendall and John Custis. Captain Hunt had been nominated for that year and was…

Captain Thomas Hunt -John Wilkins and Ann--had two children that mar Hunts-Nathaniel Wilkins who mar Frances Hunt, widow of Edmund Bibby, about 1661. You may recall Frances Hunt was daughter of Lt Thomas Hunt, Sr. Frances predeceased her husband as on 30 March 1692, Nathaniel Wilkins, widower, deeded 450 acres on King.s Creek  to his four sons, who were to have possession at his death. He died before 21 July 1713 when his son, John, returned the inventory of his estate as…

John Wilkins deposed 16 May 1636 that he was aged 40. John Wilkins first patent of record was 9 Sept 1636 and was in the upper county of New Norfolk, mistakenly given as Accomack, but corrected in a re-patent 18 May 1637. The 1300 acres along the Nansemond River fell into Nansemond County 1642. The headrights included himself, his wife, Bridget Craft (his first wife then dead) and John Wilkins again. In addition to the voyage indicated in the second… 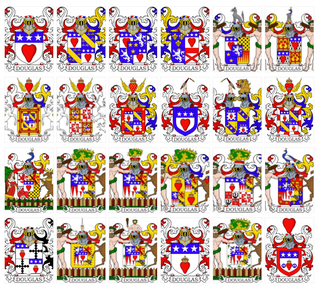 I have come across a useful website listing Douglas coats of arms - 49 of them!

1) All of the arms are fully sourced to real historical documents. The main sources used are Burke's Armorial Général, authored by Sir Bernard Burke and published in 1884, as well as the Armorial General, authored…

James Douglass, late of the King William the Fourth Public-house

THE COURT FOR RELIEF OF INSOLVENT DEBTORS.
At the Court-House, at Durham, in the County of Durham, on Tuesday the 25th day of June 1844, at Ten o’Clock in the Forenoon precisely.
The following PRISONERS, whose Estates and
Effects have been vested in the Provisional Assignee by Order of the Court, having filed their Schedules, are ordered to be brought up before a Commissioner on Circuit, to be dealt with according to the Statute

James Douglass, late of the King William the…

A grandson of Lt Thomas Hunt, Sr., one, Gawton Hunt, impressed the Hunt seal on his will. It is impressed about three inches below his signature and measures 1/2 inch by 1/2 inch. When I am addressing the third generation of Hunts I shall provide details and how I am able to point to Shropshire as the place of birth for Lt Hunt.

Until March 1643 the entire Eastern Shore of Virginia was considered one territory or County and was called "Accawmacke". In 1643 the General Assembly of Virginia changed the name to Northampton County. Until 1643 the entire Eastern Shore was one parish and was given the name, "Hungars Parish" and was sometimes called "Stringers Parish" in recognition of Colonel John Stringer's devotion to the Church at Eastville. In 1643 the General Assembly divided the…

Commemoration of life and death of Archie Douglas 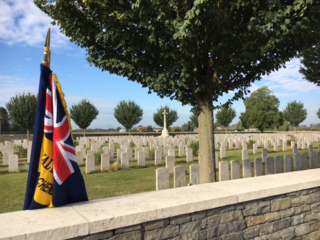 Thought that you would like details of our commemoration today (16th October 2016) for Uncle Archie at Ration Farm Military Cemetery in northern France.  The ceremony was incredibly moving, though I don’t want to use clichés to describe it.  It was very touching without being mawkish or sentimental.  We had…

When Thomas Hunt arrived there were no shires or counties. The colony of Maryland was not founded until 1632. The territory of Accomack extended all the way to the Delaware border. There were 400 people in Accomack at this time. Counties or shires were formed In 1634 and Captains were appointed in 1636. In 1630 there were no roads and all travel was by boat. The center of government was originally in the Secretaries land and this was north of Old…

Thomas Hunt was born about 1593 in Shrewsbury, Salop, Shropshire, of an old and distinguished family. A sister, Ann Harris, was living in Shrewsbury in 1655. Thomas received his first patent in 1636, a personal adventure patent of 50 acres for his own adventure. This patent was within walking distance of Fishing Poynt, a landing place for schooners on Plantation Creek. Thomas Hunt actually arrived here in 1630 or 1631. Patents took five years to be acquired if they were…

If I were to continue with the approach I have been using the several thousand descendants of Col Douglas would be lost in the crowd. This approach worked fine in using Captain William Willett as a baseline. If I use my great-grandfather, as a baseline and limit my disclosure of descendants of Col Douglas that only descend from the Hunt family and limit that to just my direct ancestors we will only have several hundred to contend with. For better than 250 years the Hunt family has…

Are the Angus family descendants of the 6th Earl of Angus?

Several websites that I have seen make a connection between the progenitor of the Angus family and the Earls of Angus.

It is suggested that Richard Angus is a son of Archibald Douglas, 6th E 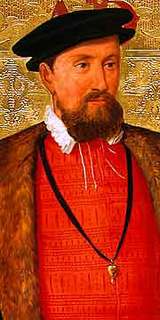 Children of James Goffigon and his first wife, Leah Willett

This is a continuation of James Goffigon and his wife, Leah Willett.

The will of James Goffigon 11 Dec 1761/12 Jan 1762-Wills and Inventories, XXX-R, #22, 1760-1762, page 369, Northampton Co., to wife Mary as much as she had when I married her. To youngest son, Thomas. To Nathaniel Goffigon 30 acres bought of Douglas Willett. Residual legatees my children Nathaniel Goffigon, Ann Jarvis, Susanna Bishop, Rose Hunt, Mary Goffigon, Elizabeth Goffigon, and Sarah Goffigon. My accounts…