How many women are listed in the Douglas Archives? At the last count there were nearly 70,000 females in the database (80,000 men), but that is not what I meant.

How many women merit a Biography? And how many have got one? Not enough is the best answer that I can give.

With this in mind, I went in search of more Douglas ladies, and managed to add nine in the last month - and only eight men!

One of those women won Wimbledon 7 times! How could I have not known… Continue

Mary Diana Dos (c1791 – c1830) was the illegitimate daughter of a peer. To make her own financial way in the world, the distinctly unattractive Mary assumed the male pseudonym of ‘David Lyndsay,’ in order to have her work published in Blackwoods Magazine and other such popular annuals. Her works included Dramas of the Ancient World (1821), which brought her to the attention of Mary Shelley and her circle. Shelley later helped Dods secretly remove to Paris, dressed in male attire, where she… Continue

Lieutenant General Douglas - who is he?

When King William arrived at Carrickfergus, Lieutenant General Douglas had hoped he would go straight to Lisburn saying, "Lisburn is a healthful place, the air there is much purer than Belfast", doubtless thinking of the Kings asthmatic condition, hot it was not until… Continue

Our Community - the future

As you will have noted from Adrian's discussion, Ning have given us a problem.

Behind this social network, there is a 'platform' that runs the service, owned by Ning. Until now, they have provided the service 'free', but we must take their advertising. to pay for it. Clearly their business model is not working, and they have decided to run 'Premium' accounts only.

The Heritage Lottery Fund (HLF) has given the green light to Argyll Mausoleum Ltd to work up plans to restore the ancient Mausoleum located next to St Munn’s Church in Kilmun, it was announced today (12th April…
Continue

The following response was posted on a forum (NOT here!). Thankfully, most genealogists are a little more helpful.

In the 28 generations [+ -] from Sir James "the good" Douglas to now, Sir James has roughly 20 billion descendants. When only 6 billion people live on the planet presently, you must have a "family tree" the size of a football field? :-)

Considering that the theoretical number of our ancestors is exponential, and calculating that a century is equivalent to… Continue

Without a double lung transplant young mother, Milly Douglas-Pennant, a cystic fibrosis sufferer, will not live to see her baby daughter, Lucia, grow up.

The mother propped up on pillows with her baby by her side is waiting for someone to die. Breathing is difficult, even with the help of nasal oxygen, so her sentences are short, punctuated by quick, sharp coughs. Her hospital bag has been packed for six months. Her husband has given up his job to care for her and their one-year-old daughter, Lucia. Her parents are ready for the telephone call that will summon her to Harefield Hospital for a double lung transplant operation. But as the days…
Continue

Jenny Douglas could be Dorothy 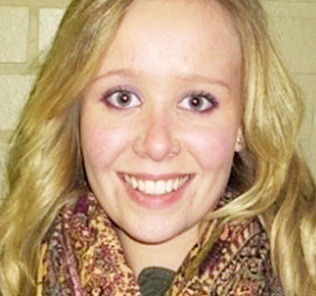 The latest BBC reality TV show seeks to find a star to play the part of Dorothy in Andrew Lloyd Webber's forthcoming production, Over the Rainbow. Contestants have been whittled down from around 9,000 contenders to the final 10. Amongst them is Jenny Douglas.
Jenny has always loved to sing, but discovered she had a distinct voice at the age of around six or seven. She is currently halfway through her first year of acting classes and her first year of…
Continue

Spam attacks - it is not the Canadians!

Acknowledged by many as the Internet's worst case of criminal offending, Canadian Pharmacy has infiltrated the Ning network, on which the Douglas Archives Comunity is based.
First of all, I want you to know how seriously we consider this issue. Spam isn’t just an annoyance for Network Creators and their members. Spam gets in the way of member participation and interaction, which is the lifeblood of a successful, vibrant Ning Network like ours. I have already…
Continue

Marquis of Clydesdale engaged to be married

Will the real John Douglas please stand up?

The excellent website, Secret Scotland, lists several Sir John Douglases. Can anyone help sort them out?

Lt.-Gen. Sir Neil Douglas of Glenfinart
Invested as a Knight Commander, Order of the Bath (K.C.B.). Father of General Sir John Douglas of…

Scotland's Historic Heraldry by Bruce A McAndrew
Re George 1st Earl of Angus "...William, 1st Earl of Douglas, had children by his sister in law. Margaret Stewart, Countess of Angus (1417/18), the eldest of whom was named George. He was acknowledged lord of Angus 1389-97 and thereafter earl till his early death soon after the battle…

A dynasty of Clock and Watch makers

Eighteen Clock and Watch makers named Douglas that are part of the family have been identified, plus a Walter Lamont - a total of nineteen. Besides clockmaking there is a strong descent of Artists - Snuff Box painter, Portrait painters, Genre painters and Picture restorers;… Continue

Trailer for the Douglas Archives


This is a new trailer I have just made - any thoughts?
You can get a copy here:…
Continue

I have been working on researching Douglases who were watch and clock makers, trying to find the link between family members in Chertsey, Surrey, Jedburgh, Roxburghshire, Galston, Ayrshire and others. Sally Douglas, in Melbourne, Australia is the power behind this research and has made enormous progress.
She recently sent me a couple of photographs of gravestones which are key to providing supporting evidence. But for how much longer will this evidence be…
Continue

The death of 'Catcher in the Rye' author, JD Salinger, brings out some painful stories of his relationship with his second wife, Claire Douglas.
Claire, daughter of art critic Professor Robert Langton Douglas, had met Salinger at a party in 1954, when she was just 19 and a student at Radcliffe College. They married the next year, and Salinger insisted that… Continue

Thought to be dead, Thomas was held on a prison ship

THOMAS DOUGLAS, who was born about 1750, was living in New Fairfield, Conn., a few years prior to the Revolutionary war. His wife Eleanor SEELEY, was born in New Fairfield, May 21, 1754. Probably they were married in 1771. In 1773 or 1774, while their first child was an infant, they removed to Pownal, Vt.

At the breaking out of the Revolution, in 1775, Thomas DOUGLAS entered the army as a volunteer, and marched to Boston, Mass. His first engagement was at Bunker Hill, where he fell,… Continue

Extract from Chambers' 1869 The Book of Days.

It will be learned, not without interest, that certain relics or memorials of the fight of Otterbourne are still preserved in Scotland. The story of the battle represents Douglas as having, in a personal encounter with Percy in front of Newcastle, taken from him his spear and its pennon or hanging flag, saying he would carry it home with him, and plant it on his castle of Dalkeith. The battle itself was an effort of Percy to recover this… Continue

Protesters being removed from Douglas estate

Tree-houses have been built, the tunnels dug, the barricades erected and the arm-locks secured to branches.

Mainshill Wood, in the Lanarkshire countryside, has become Scotland's new environmental battleground this morning as an army of bailiffs moved in to evict protesters against a huge opencast mine. Scottish Coal was last year given permission to extract 1.7 million tonnes of coal from the site located on Lord Home's Douglas estate. If it goes ahead, South Lanarkshire will become… Continue

I hope not! Sawney is a Scots version of Sandy, itself a shortened version of Alexander, so perhaps it was in common usage, but I have only found three examples of the name, and the stories that go with them are certainly not fairy tales.

SAWNEY BEAN was reportedly an incredible monster who, with his Wife, lived by murder and cannibalism in a cave. He was executed at Leith along with his whole Family in the Reign of James the First.


SAWNEY CUNNINGHAM was an abandoned… Continue