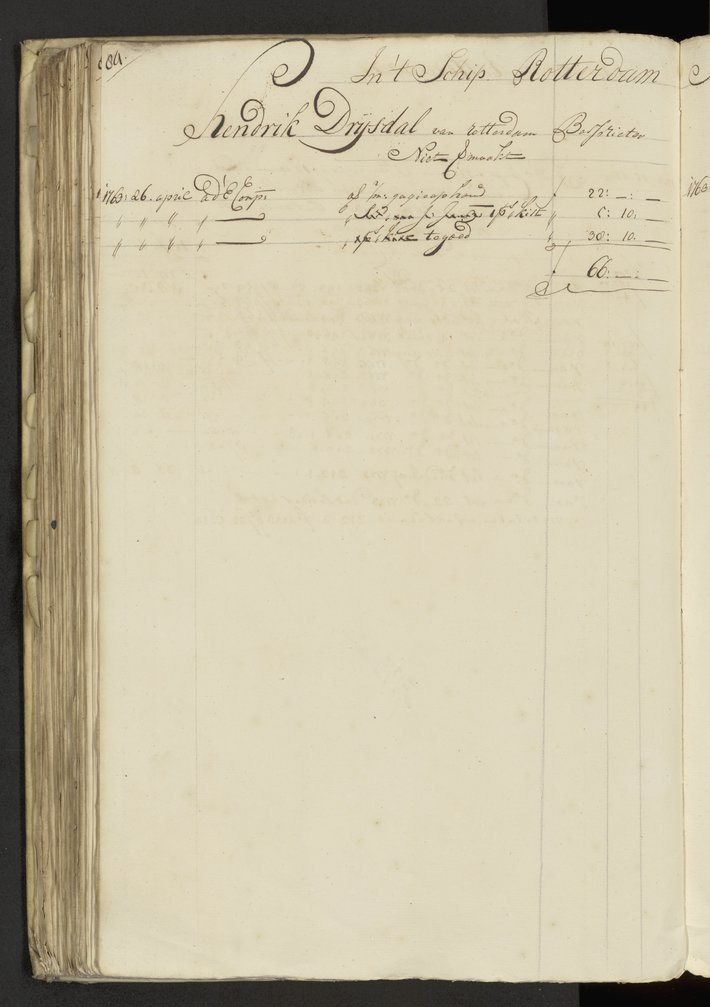 in the service of the Dutch East India Company

Wednesday, September 7
23 days after arrival at the Cape
Departure of the ship Rotterdam of the Cape [*of Good Hope]

Nationaal ArchiefVOC - voyagers, this index was developed through a joint initiative of the archives of Delft and Rotterdam, Zeeuws archief, Westfries Archief (Hoorn and Enkhuizen) and the departments of history from the Universities of Leiden and Ghent.