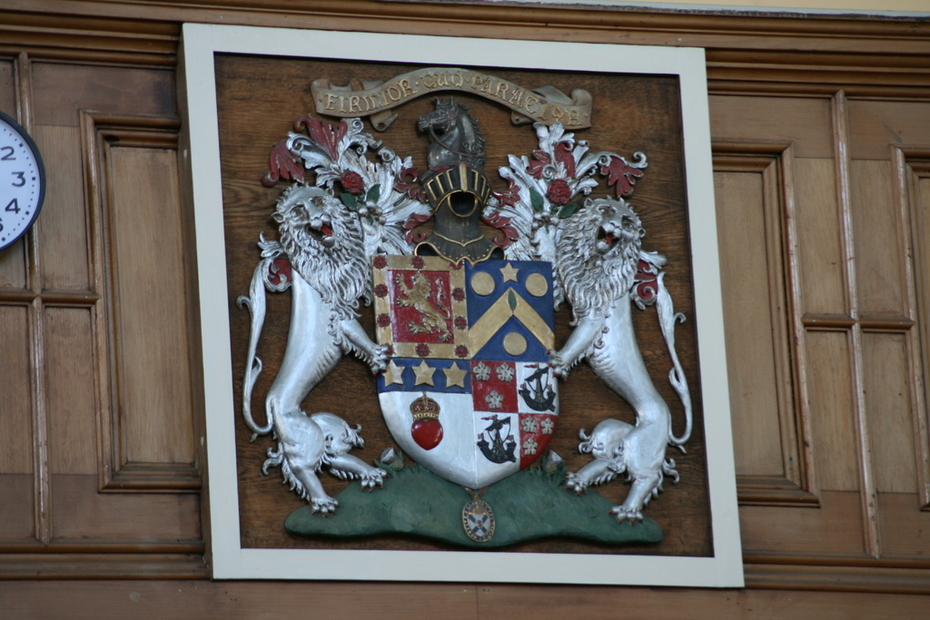 This coat of arms sits in front of the balcony on the central aisle in Kirkcudbright Parish Church.
Can anyone help identify whose coat of arms this is? And what does the motto say?

I had an incredible response to this request.

He fought in the Boer War and in the First World War when he was a Major in the Royal Field Artillery. He was a Deputy Lieutenant (D.L.) and a Justice of the Peace (J.P.).

Captain John Hope of St. Mary's Isle was born on 30 January 1843. He was the son of Hon. Charles Hope and Lady Isabella Helen Douglas, the daughter of Thomas Douglas, 5th Earl of Selkirk.

The Dunbar, later Hope-Dunbar Baronetcy, of Baldoon, is a title in the Baronetage of Nova Scotia.