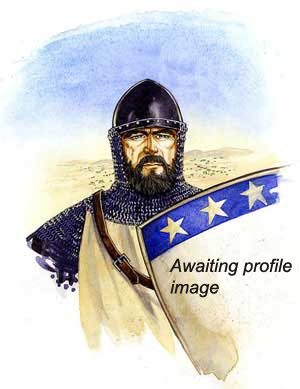 Which Douglas line are you researching? Dates and places help making connections.
Douglases of Dahousie, Cockpen

Who is your earliest known Douglas ancestor?
David c 1630

I've posted some things in a 'discussion'. Have been looking at these Douglas for a little while now, and returned to them a couple of weeks ago when I was looking through the Cockpen and Newbattle KS minutes. Saw your posts on this site a while back and yesterday decided it was time I joined!

I have just downloaded the TD of William Duglass - it mentions the eldest son John but not James or George, alas. I'll look forward to talk about these. I'll post the details of births that I have later - you will have these but it's probably worth revisiting them.

Hi Julie - I'm looking into these Cockpen Douglases. Will post something later this morning. The line I'm most interested in goes back from Agnes Douglas (b. 1771) via Robert (1737) and James (1697) to William Duglass and Janet Witherspoon.

Naturally, I will now be on the outlook for William and Janet Witherspoon.

William has asked if I can assist with your query re. William Douglas and Grishild or Grizzel McKeand.  I'm afraid my information does not extend much beyond the parents of William who were Gilbert Douglas and Margaret McIlroy or Milroy. Gilbert had the tenancy of the farm of Glenrassie in Castle Stewart in the parish of Penninghame, Wigtownshire, during 1679, 1684, 1704 & 1711. He was born 28/09/1648 and was taken prisoner at the battle of Bothwell Bridge, following which he was released but suffered great losses at the hands of the victors. It is said that Gilbert was descended from William Douglas who had the lands of Carsnestock in the Moss of Cree, from Archibald, Lord Douglas, known as Black Archibald (D&G.N.H.&A. Society 25/03/1921).

Gilbert's son, William, was born in Moss of Cree in 1668 and died 14/10/1745. He married Grizzel M'Keand who was born in Penninghame in 1670 and died Oct., 1741. They were the parents of Sir William Douglas of Castle Douglas who died unmarried 13/09/1809. Sir William had five brothers, James, John, George and Samuel, all wealthy merchants.

I don't know if the above assists but if you have any specific queries I shall be glad to help, if I can.

Julie,  We have been posting messages at the same time, I think.  Very confusing!

William Douglas, who married Grishild McKeand, is listed in my database as the daughter of Gilbert Douglas and Margaret McIlroy.

This website http://pdholub.com/gp899.html has him as the son of William, b1649 Cockpen and Isobel Kennedy.  That William Douglas 1649 being the son of James Douglas and Agnes Rome.  As you suggested below.

I am going to ask Bob Henry if he can help with this.

I have in my database this William as the son of Gilbert Douglas and Margaret McIlroy, ancestors of Sir William Douglas of Castle Douglas.

Must be something wrong here:

George is unlikely to have become a father aged 77.

This is what I passed to Ethel:

I think this is where the above came from: http://www.whodoyouthinkyouaremagazine.com/forum/topic4743.html

I have also found this marriage:

Good to hear from you again. I will e-mail you with  all that's been happening.