Announcing the production of a book - Black Heart.

I'm pleased to announce that after years of procrastination, research and even more procrastination, I have finally embarked upon a book project focussing on a critical time in Clan Douglas history. A time of the rise and tragic fall of the Black Douglas branch of the House of Douglas.

The genre of the story is historical fiction, however almost all the events that unfold in the story along with almost all of the characters portrayed within are entirely real. Although there have been a number of stories written about this particular chapter in our clan history, the Black Douglas by Nigel Tranter is one to name but a few, I believe that this is the first time where the story is told with a fictional protagonist.

The story will be told over two books, Black Heart and the Black and the Red, the following details the story outline for the first book.

The rise of the House of Douglas come to be under the leadership of William 'the Hardy'. Lord of Douglas, son of William 'Longlegs', when in in 1297, having already established a fighting reputation, he became the first Scottish nobleman to join William Wallace in uprising against the occupying English.

In the story of the Kingdom of Scotland one of the most famous figures was the son of William 'the Hardy', whom was ‘the Good’ Sir James Douglas, Lord of Douglas, famously dubbed ‘the Black Douglas’ by Scotland’s enemies, the English. Sir James was a fierce warrior Knight, he was instrumental during the Wars of Scottish Independence and he was a staunch friend and ally to Scotlands most famous monarch, Robert the Bruce, King of Scots.

By the year 1330 in a final legendary episode the Good Sir James honored the dying wish of his friend and King and he took the heart of the Bruce on Crusade to the Holy Land but tragically he died in battle against the Moors in Spain. Legend has it that James threw the casket containing the Kings heart among the hordes of his enemies and cried out ‘Douglas will follow thee or die!’

Soon after his death ‘the bloody heart’ became a famous symbol that featured prominently upon the armorial arms of almost every branch of the Douglas family and continues to this day. By the time the Good Sir James died, the House of Douglas became one of the most powerful noble Houses of Scotland and their position of power was further strengthened under the rule of the successor to Robert the Bruce.

King David II was the Bruce’s eldest son and rightful heir to the Scottish throne. Dutifully the House of Douglas supported the new King however he was captured by the English during one of the many wars fought between the two Kingdoms. Sir William Douglas, nephew to the Good Sir James played an important role in securing the release of King David and in 1358 as a reward King David bestowed Sir William the title as the first Earl of Douglas.

The Bastards of Black and Red Douglas

The following year George Douglas became the 1st Earl of Angus. He was a product of an incestuous affair between Margaret Stewart, Countess of Mar and Angus, and her brother in law, William, 1st Earl of Douglas. George inherited his mother's Earldom of Angus upon her death.

The descendants of Archibald the Grim formed the famed Black line of the House of Douglas, and those of George formed the equally famed Red Line. 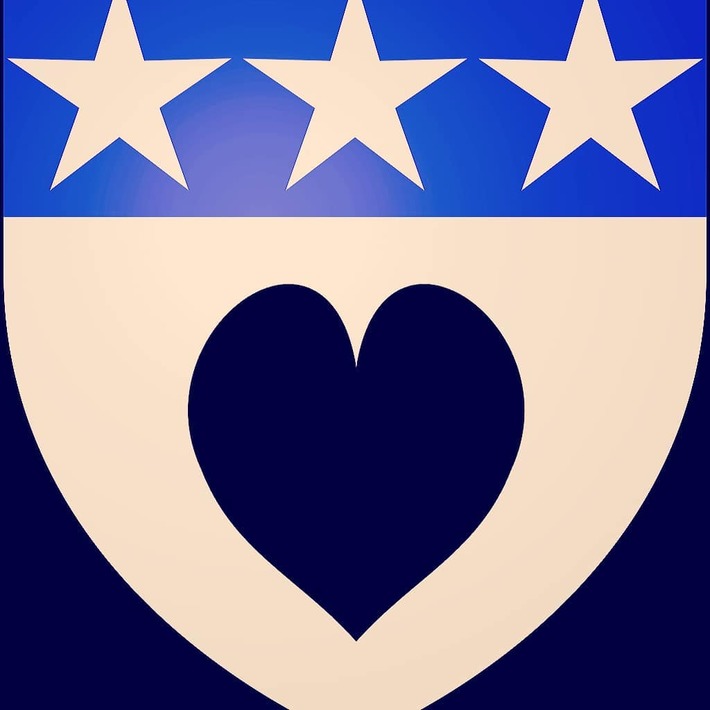 The House of Douglas of the Black line became so powerful that by the early fifteenth century they were seen as a threat to the stability of the nation – or so it seemed. In contrast, James Douglas ‘The Gross’, second son to Archibald ‘The Grim’ was jealous of the Earldom and its power and privilege that followed. He developed a taste for power when his older brother Archibald ‘The Tyneman’, the 4th Earl of Douglas, was captured by the English in 1402. James ‘The Gross’ then became Regent of Douglas until his the return of his brother from captivity in 1409.

James 'the Gross’ jostled for position within the Scottish Court and eventually he became a key player and manipulator in Scottish feudal politics. In 1437 as reward for his loyalty to the captured Scottish King James I he was granted the title of the 1st Earl of Avondale. Although honored, James was still dissatisfied. The Earldom of Avondale was merely symbolic, what he wanted was control of the House of Douglas and ultimately, control of Scotland.  Shortly afterwards King James I was assassinated and James ‘The Gross’ quest for power was temporarily thwarted.

Undeterred, ‘The Gross’ continued the deadly game of feudal politics with renewed vigor but soon after the assassination of King James his quest was again struck a blow when he was forced to begrudgingly support his nephew, Archibald, the 5th Earl of Douglas to be appointed Lieutenant-General of Scotland and Regent to the young child King James II. The 5th Earl of Douglas had a strong claim for the roles due to his descent through marriage to the sister of the late King Robert III. The Earldom to the House of Douglas, the Black Douglas, had reached its pinnacle of power and ‘the Gross’ had reached his breaking point and so began one of the most infamous plots in Scottish feudal history.

Archibald, the 5th Earl did not enjoy his defacto rule of Scotland for long, for in 1439 he died from what was officially described as a ‘fever’ in Edinburgh. Quietly however, there were rumors that the Earl was poisoned in a conspiracy orchestrated by his Uncle ‘the Gross’.

In the aftermath of the death of the 5th Earl, custody of the child King passed to Sir Alexander Livingston of Callendar, including Sir William Crichton whom soon after had himself proclaimed Lord Chancellor of Scotland. These men were in conspiracy alongside ‘The Gross’ and were to execute their most infamous atrocity.

In 1440, the 16-year-old William, the 6th Earl of Douglas, and his younger brother David were invited to dine with the ten-year-old King James II of Scotland. Later called the Black Dinner, the occasion was organized by the Lord Chancellor, Sir William Crichton.

While they ate, a black bull's head, a symbol of death, was brought in and placed before the Earl. The two brothers were then dragged out to Castle Hill, given a mock trial and beheaded, despite the young King’s plea for their lives. Although the atrocity was committed by Crichton and Livingston, the Grimm was also suspected to play a role also because he stood to gain the Earldom of Douglas. Outraged, the Clan Douglas immediately upon receiving word of the atrocity raised an army and laid siege to Edinburgh Castle.

Being aware of the danger the Clan Douglas rising poses to his position, Sir Crichton surrendered the castle to the King and in turn he was rewarded with the title of 1st Lord Crichton, again outraging the Clan Douglas. Nevertheless, the Clan was forced to recognize ‘the Gross’ as their Chief and Laird. But the Gross was not finished, his goal was Scotland, he planted the seeds of power onto his own Heirs and quickly built a power base that would soon threaten the entire Kingdom.

James the Gross died in 1443 inside his stronghold of Abercorn Castle, cause of death: unknown.

Alexander Livingstone of Callendar died in 1451, cause of death unknown.

William Crichton died in 1454, cause of death unknown.

Situation:  Edmond was a lost orphan found wandering the land belonging to the Earl of Douglas. Taking pity, he is taken in by the Earl who offers Edmond, as a token of friendship, to be an understudy to Sir Flemming, a Knight whose fealty is to the Earl of Douglas and acts as a counselor to his friend the Earl.

At the beginning Edmond is young, about 14 years of age. When living at Douglasdale he is friends with the Earl's two sons and daughter. He becomes a reluctant, but enthusiastic understudy to Sir Flemming.

The condition changes dramatically when the Earl dies suddenly from a mysterious illness and the Earls eldest son inherits the Earldom. Rumors began circulating that the Earl was murdered by his own uncle, James the Gross. Edmond and Sir Fleming immediately rally to the Earls children to protect and guide them through the dangerous times ahead.

The objective of the protagonist is to understudy the dangerous world of feudal politics while at the same time learning the art of combat that he believes he needs to master in order to protect his friends and himself.

The antagonists are a group of three powerful men, all of whom are driven by greed and a lust for power. Their powerful status and rule over the land makes life extremely dangerous for everyone.

The young Earl, his little brother and Sir Flemming are killed during a brutal act of betrayal, witnessed by a horrified Edmond. Lost and alone Edmond flees to the Earls mother and young sister Margaret (later to be known as 'the Fair Maid of Galloway'), to offer his protection but at the behest of the Earls mother he goes into a self-imposed exile to France.

Three years later Edmond returns, he is more mature and skilled and he embarks on a quest to avenge the death of his friends and father-figures while trying to find a way to save Scotland from the influence of a dangerously corrupt Nobility.

Finally, he kills James 'the Gross', but his work is far from over and a new breed of Black Douglas threatens the lives of everyone.

I am a little latter the party bt how is your book progressing?