Country comedy from the one-time disc jockey at WWL. 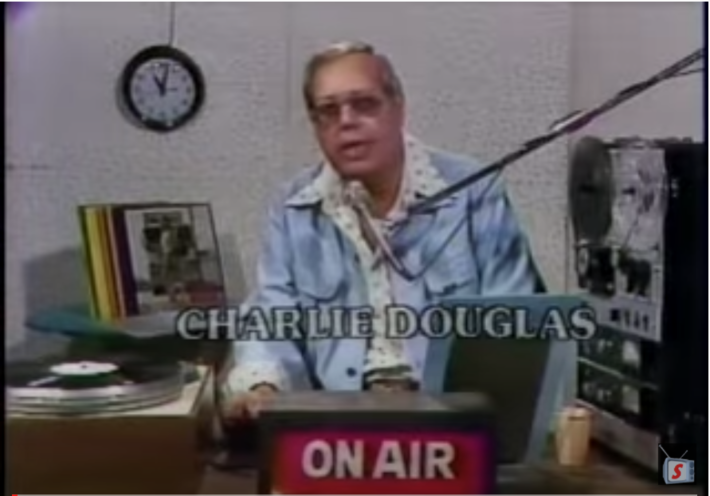 Douglas, whose real name was Doug China, first brought the “Road Gang” to WWL in 1971. In a time before cell phones, the Road Gang was a vital link for truckers to keep in touch with friends and family. The show continued for 13 years spawning dozens of wannabes and imitators but Douglas was and remains one of a kind.

Douglas left the show and New Orleans in 1984 moving to Nashville to announce for the Grand Ol Opry and work for WSM.
[pullquote] “Trucking radio lost the man who invented the genre. He will live on in the memories of all who rode through the night with this great friend of the truck driver” – Dave Nemo, SirusXM Personality and Douglas protege'[/pullquote]
Douglas began his radio career in 1953 at KLIC Monroe La. He first became a program director in 1956 at KOCY Oklahoma City. Douglas moved frequently and worked in Asheville, N.C.; Buffalo N.Y.; San Antonio; Dallas; and Houston, among other markets

He was inducted into the Country Music DJ Hall of Fame in 1994. He retired from radio a year later to work full-time for CDX, the countyr music distribution business he established ith business partner Paul Lovelace in 1991.

He is survived by his wife and three children.

A memorial is planned for Saturday, Dec. 3 in Picayune, Mississippi, with further information as it becomes available.

Charlie Douglas leaves behind a legion of fans, and for me, memories of long overnights on the road with the Road Gang blasting out of the AM, long before we had satellite. He also left us some memorable comedy bits such as my favorite, “The Talking Outhouse”.

Me And Dammit Ray