I'd like to share with you a story and a cause I've now taken up to right a wrong.

During our tour we came to 'Glen Innes' a larg(ish) town in the New England which has come to be known as 'Celtic Country'. Glen Innes is the site of the 'Australian Standing Stones' monument, details of the site can be found here.

In short the Australian Standing Stones Monument was constructed as an Australian Bi-Centennial project in memory of the thousands of persons of Celtic Heritage who pioneered and settled in Australia. It was opened in 1992 and is now the site of many a great gathering.

Nearby is a wall made from cinderblocks and within most of the blocks is a stone or rock that originates from traditional Clan lands or Castles. Complimenting the stone embedded within the block is a metal plaque detailing the Clan name, badge and origin of the stone.

The Stone Wall near the Australian Standing Stones.

Clearly this is designed to represent the many names of Celtic/Gaelic origin that played a role in the pioneering and settlement of the Australian continent. The inclusion of stones from faraway homelands and Castles is no less significant.  Its positioning, on a rise overlooking the Standing Stones provides a wonderful vantage point over the area as well as providing a suitable area for rest and reflection.

Closer inspection of plaques detailing Clan names and location of the stones embedded within the blocks sourced from Clan homelands.

To my suprise, and dissapointment, our Clan, the Douglas Clan is not represented either on this wall or anywhere within the Australian Standing Stones Monument.

I think, and I'm sure many would agree, that this is a great injustice upon our namesakes. Douglas is a name carried to the Australian shores in chains and as free settlers. Many them toiled the land, served their new countries with pride and indeed became high office holders at local, state and national levels. It goes without saying that the Douglas Clan should be represented upon this wall celebrating our heritage, our place in Australian society and place in Celtic/Gaelic culture.

So I've come to an idea and with the help of others I would like to source a stone from Douglas lands in Scotland perhaps a stone from 'Douglas Water' in South Lanarkshire or a stone from what remains of 'Castle Douglas'.

Thank you for reading this and if you think you can help in any way I would be delighted to hear from you.

Help us bring a piece of Douglas heritage to the Australian Standing Stones Monument.

Clearly you are not 'local' to the Standing Stones, so how would someone get a stone incorporated into the wall?

No, sadly I'm no longer a 'local' of the New England region....maybe one day I'll return permanently.

I'm not entirely sure how we can go about incorporating a stone into the wall. I'll follow up that enquiry. From what I can gather via the link posted in the article the Glen Innes Tourism centre is responsible for the site or at the very least the Glen Innes Shire Council.

Once I get some answers I'll post a reply here with the details provided. :)

put a stone at Kingston and tilbuster

Funny you mention Tilbuster Donald. My Dad comes from there.
But which Kingston do you mean?

Kingston new england area where our side of the Douglas travelled from kingston to tillbuster by mhorse and dray. God bless Nanna Douglas Marsh st.

Interesting..... my Dads side settled in the Moonbi/Bendemeer around the late 1840's area and later moved to Tilbuster. Eventually when my Dad's Dad died he and the kids along with their Mum settled in Armidale sometime in the early 1930's I think.
It's a work in progress piecing everything together.

What a good idea,  Iamsure that the Clan Douglas Association of Australia would be interested in this project.

Oh Jan, I am so glad to hear from you!

I wrote to the email address supplied on the Clan Douglas Assosciation of Australia and it was bounced back. I was to try to source some other alternate method to contact the Association until I saw your reply here!

I'll send you an email soon Jan and thanks again for replying here. What a welcome relief! :)

It's been a while since I have updated on what has been happening with this project so I better get started. :)

Mr William Douglas has so graciously accepted a plea for help in obtaining some stones from the site of the Douglas Castle ruins; our gratitude is profound with his kind offer.

So now everything is pretty much set in place. Every May there is a large gathering called the Australian Celtic Festical in Glen Innes details of the festival can be found here.

This will be a fantastic opportunity to promote Clan Douglas to the Australiasian Celtic community and indeed the world when the Clan Douglas Association presents stones from ancient Clan Douglas lands as a lasting memorial to the Douglases who have played their role in building the great nation of Australia.

Stay tuned in for more news. :)

Time for the latest update folks. ....

I'm enormously pleased to announce that some stones from Douglas Castle have arrived safe and sound here in Australia. When they arrived here I was in Sydney at the time and needless to say I was quite anxious to get home to Canberra so I can open the packages and hold these precious relics of our heritage in my hands.

A massive debt of gratitiude must of course be extended to William who went through the burden of obtaining the stones, cleaning them and mailing them here in good time. Your efforts will not be in vain William and we all very much look forward to you coming down under to see the finished product for yourself. Of course you will be reimbursed for the costs associated for mailing the stones as soon as possible.

I am totally thrilled that this project has become a reality. :) 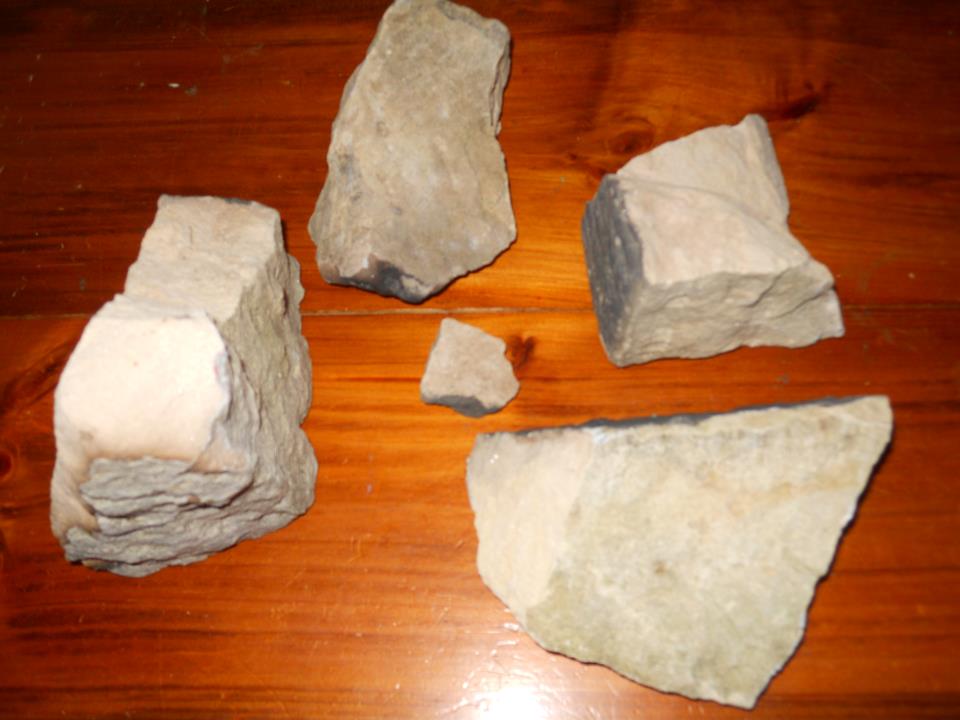 Looks like there is a chip off the old block in transit...

I look forward to a photograph of them in place. 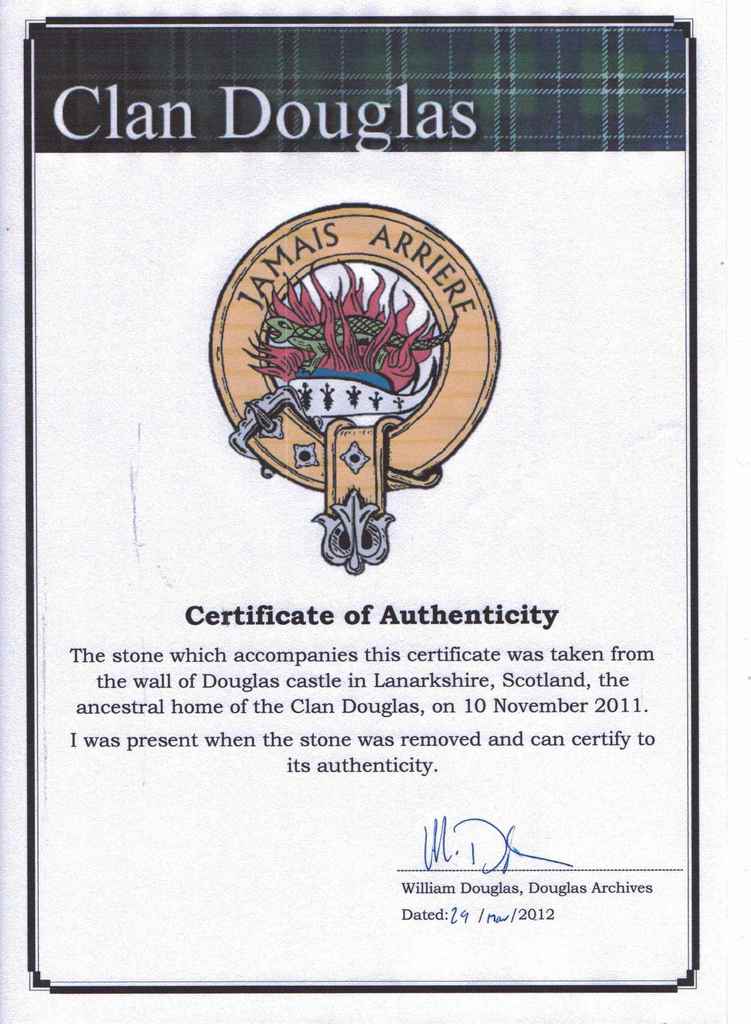