General Sir Howard Douglas, 3rd Baronet of Carr, GCB, GCMG, FRS (January 23, 1776 – November 9, 1861) was a British military officer born in Gosport, England, the younger son of Admiral Sir Charles Douglas and Sarah Wood, and a descendant of the Earls of Morton. He was a British general and colonial administrator. 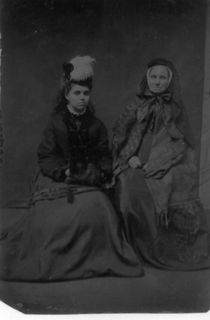 I have been sent a photograph of his daughter Lucy with her mother, Ann Douglas (Nee Dundas), wife of Howard Douglas.

My problem is that I can find no trace of Lucy listed amongst Howard's children. 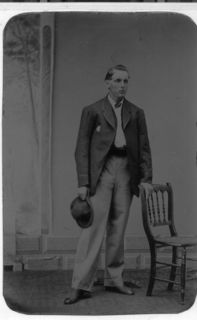 Please note, that from advice received,  I have corrected the caption the photograph of Lucy.

I've never come across any information about Lucy that I can remember (or find in looking through my records), although I do have conflicting information about whether Sir Howard and Anne had another son named Henry John Douglas, 1821-1871 (possibly the naval commander for whom you have a page). Regardless, that photograph cannot be Sarah Wood Douglas, since she died 23 August 1779, when Howard was three.

The Times 7/3/1792; "A most melancholy accident happened on Friday, to Captain Dundas of the Earl Fitzwilliam East Indiaman, and his lady. They were driving out in a small pleasure cart in the neighbourhood of their house in Rickmansworth, Hertfordshire, when they met a wagon in a lane. There was not room to pass without driving on the embankment. Mrs Dundas was alarmed and shrieked very loud, which frightened the horse and the cart tilted over just as it passed the wagon and threw both herself and Captain Dundas under it. The wheels passed over them and Mrs Dundas was killed on the spot and Captain Dundas had both his legs broken and is otherwise so much hurt that it is doubtful whether he will recover".

The above are Anne Dundas's parents.