You have a close DNA match..

It is some time since I received an email telling me that I had a close DNA match - but perhaps I clicked the link asking for those emails to stop.

I was getting regular messages informing me that totally unknown persons with no seeming link were apparently 'a close match'.  Searches proved nothing.

From time to time I get emails from people wondering where that link might be to their 'close match'.

Two variants can be seen in the photographs linked to the above web page.

In 1944, 500 Lovat Scouts had just arrived in Jasper National Park in Canada to undergo rigorous training in mountain warfare in preparation for an Allied-led invasion of Nazi-occupied Norway.

In December 1943, Lt Col JSH Douglas, assumed command of the Lovat Scouts and after 6 months training in the Rockies they joined the 10th Indian Division with the Eighth Army in Italy in July 1944.…

I have made numerous additions to the Douglas Archives today, including a timeline of Sir James's life.

The changes are generally small and include new images.

Please note that the timeline is optimised for large screens, and will not be animated on phones and tablets.

As always, if you have something to add, or comment on, please do so.

Congratulations go to Sarah-Jane Douglass who was apointed a Medallist of the Order of the British Empire (BEM) for services to the community in Norwich, Norfolk during Covid-19.

Derek J. H. Douglas writes:
My 3rd great grandfather, Rev. Matthew J. Douglas (1829-1865) is listed as a private on the rolls of the Confederacy's 11th Tennessee Cavalry Regiment (Holman's) in 1863. It is said that he was held prisoner in a cave at Cumberland Gap and starved to death, according to a family story that my grandfather Jessie Esler Douglas (1916-1970) was told by his father, George Washington Douglas (1891-1931). This story has…

I am receiving a flood of dodgy applications 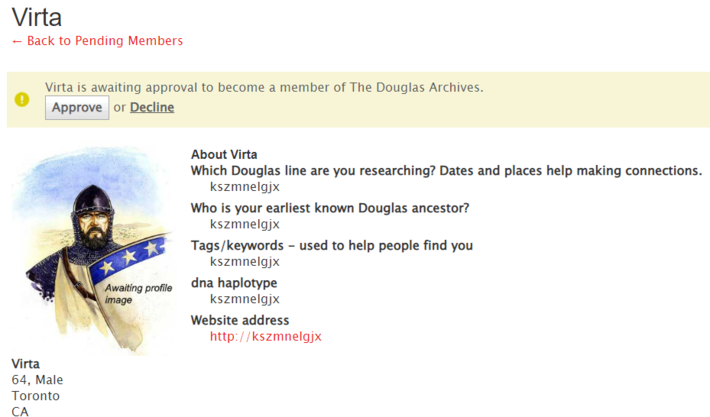 to join the Douglas Archives.

Please be wary of any Friend requests or other suspect communications in case I fail to spot them.

We are experimenting with a new format, which you can read as a Flip Book, or download to your PC or laptop.… 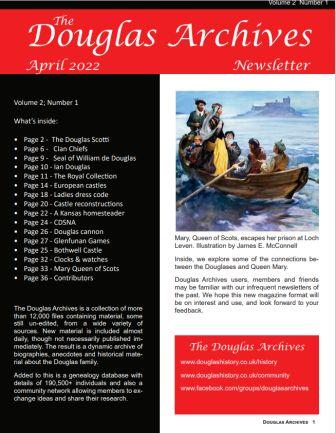 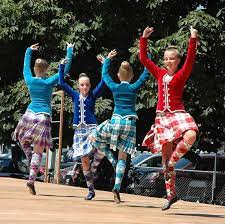 The Glenfunan Games is a new way to learn about Douglas history and heritage using play for all ages.

Test your knowledge with the Quickfire Quiz or a word game.

Was Erkembald an early Douglas?

Erkembald fitz Erkembald, who had a 'set of the customary' five manors in England seems to have been a progenitor of several families.

Is Erkembald just a common name of the time (C1100) or was he just one person from Flanders who made merry with the women of England and Scotalnd and started one, or several, dynasties?

I have this rather curiously worded entry in the Douglas Archives:
William de Duglas, the first of the family in record, between 1175 and 1199,…

A correspondent has provide photographs of a Johnstone-Douglas of Lockerbie final resting place.

Dryfebridge Cemetery is a sleepy looking cemetery that lacks tender loving care and is fast disappearing as it is reclaimed by Mother Nature.

If you are family member, or live nearby, and are looking for a project, then this might be for…

Interpretating families from their heraldry

As you will know, I often post a question based on a Douglas armorial that has surfaced, hoping that someone may be able to decipher it and help with the genealogy.

This weekend, I have been adding descriptors of ancient Douglas seals to about 20 of our ancestors.  These seals were appended to documents for marriages and for the acquisition and disposal of lands, and so on.  They help identify their owners and their activities on specific dates.

A seal for George Douglas of…

Letter from Mary, Queen of Scots to the French Ambassador to England 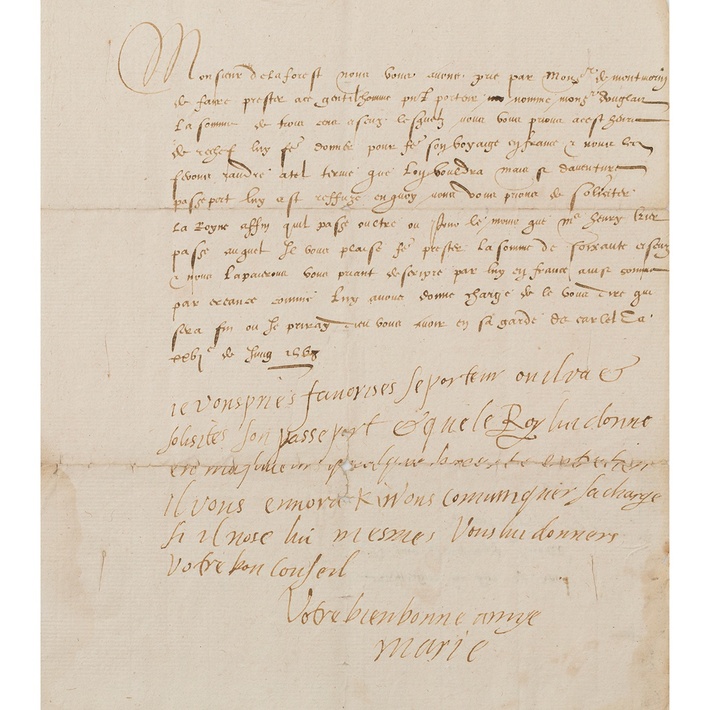 This letter was sent to the French ambassador to England less than two months following Mary's daring escape from Lochleven castle on the 2nd May 1568, where she had been imprisoned following her forced abdication in favour of the infant James VI. Mary's escape from Lochleven was aided by George Douglas, the brother of the landowner,…

Elizabeth "Lizbeth" Baird was daughter of Lewis M. Baird's Zebedee B. who fought alongside 6+ of his brothers in the Civil War. She was the wife of Andrew Douglass and was affectionately known as "Mother Douglas" for her vital role in caring for her son, George Washington Douglas's six children after their mother, Ollie Marshall's, untimely death in Newcomb, TN in 1922 of viral infection at the age of 30.

Lizbeth is pictured with Jessie Esler (right) with brother…

The news of the death of Sir William Arbuthnot in October has only just reached me. 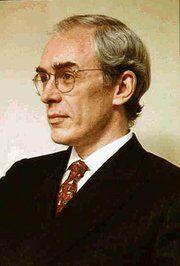 Known to many as Kittybrewster, he was a Wikipedian and genealogist, and it seems in his spare time, a London banker.

His brother James, Baron Arbuthnot of Edrom, of Edrom in the County of Berwick PC, reported:
...he had awful Parkinson's Disease, and… 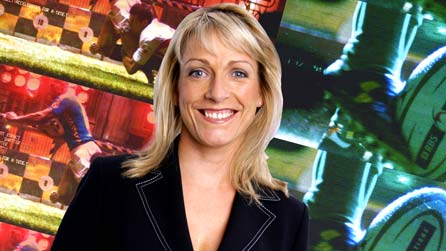 Is this a Douglas seal?

Found in central Scotland, this seal could be the winged heart of a Douglas family. But is it?
And if not, whose crest might it be?… 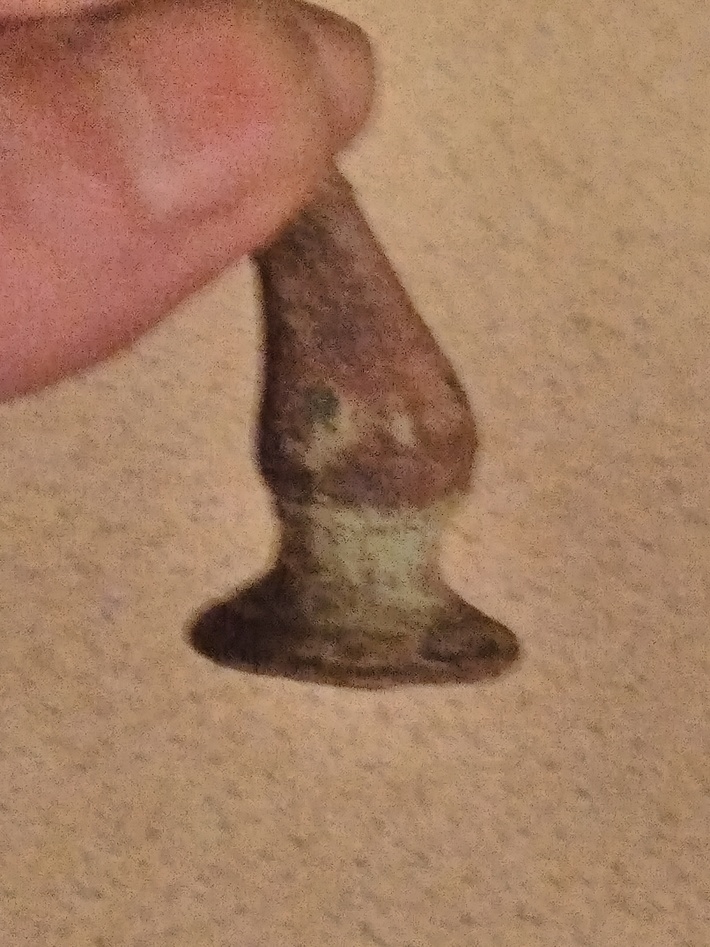 Who is J. Boleyn Douglas?

Seaforth House, Simonstown.
“Captain Thomas Talbot Harrington, of the East India Company, was born in Wiltshire in 1780, and moved to the Cape in 1814 and built a house which he named after his wife's (Jemima Douglas 1784-1820) uncle, the Earl of Seaforth. The house was subsequently dismantled after his…

The tale of Elizabeth and Margaret Douglas Acknowledgement: Thank you to Dr Amy Blakeway, lecturer at the University of Kent and author of Regency in Sixteenth-Century Scotland, and Historic…