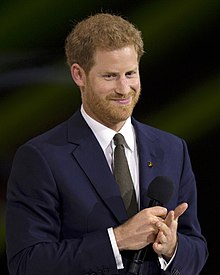 Prince Henry, KCVO (Henry Charles Albert David; born 15 September 1984), also known as Prince Harry, is a member of the British royal family. He is the younger son of Charles, Prince of Wales, and Diana, Princess of Wales, and is sixth in the line of succession to the British throne.

Today, 19th May 2018, on the occasion of his marriage to Meghan Markle, the titles Duke of Sussex, Earl of Dumbarton and Baron Kilkeel were conferred on him.

Earl of Dumbarton is a title of Scottish nobility, referring to Dumbarton in the area West Dunbartonshire, Scotland.

The title was first created in the Peerage of Scotland on 9 March 1675 for Lord George Douglas, the younger brother of the 1st Earl of Selkirk, for services fighting in the Franco-Dutch War. Lord Dumbarton was also created Lord Douglas of Ettrick. Following the death of his son, the second Earl, the titles became extinct in 1749.

Prince Harry and his wife, Meghan, Duchess of Sussex, will be known as the Earl and Countess of Dumbarton, respectively, when in Scotland.

There is a suggestion that George, 2nd Earl, had a son out of wedlock when he was garrison commander at Rannoch Barracks, but leaving before the birth he did not accept the boy as his.  He was subsequently took, or was given, the surname Barrack.