I was told a story at the 2009 Clan Gathering and would like to learn more about a remarkable character.

James Douglas fought in Armenia, and was taken prisoner by the Russians in the 1st World War. He escaped, but was re-captured and then became part of an exchange for a Russian admiral. At what stage he was awarded the DCM and MM I do not know.

After the war, he became chauffeur for Sir Maxwell Scott at Abbotsford.

Can anyone throw light on James? 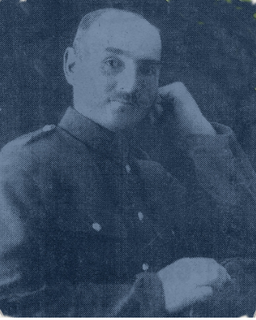 James was awarded the Distinguished Conduct Medal during World War I for conspicuous gallantry as a driver in the Tartar Country. Under heavy fire James drove to the rescue of Allied Counsels, who were trapped amidst fighting on the Kazbek Mountain.

James was born in 1878. He was mobilised to begin training with the ASC in July 1916, and as he’d previously been a chauffeur, he was assigned to mechanised transport as Private M2/194380. He became driver to Captain George Marie Goldsmith, Army Intelligence.

In October 1916 James travelled with Captain Goldsmith to Basra and subsequently Baku, where Goldsmith was to gather intelligence for Major General Lionel C Dunsterville. The Major had been charged with assisting the Tsarist Russian armies to prevent Baku falling into the hands of the Turks.  James and Goldsmith then proceeded to Tiflis to work with the Caucasian Military Agency [Caucasus Military Agency]. When they arrived, they became part of a team of 8 Specialist officers and three drivers.

The area was volatile and the Turks had begun the Armenian genocide. The agency, working at Erzurum, were able to organise the running of 20 trains a day and managed to evacuate 4,000 Armenian women and children to safety from Sarikamish to Erzurum.  For this, and work with the Armenian Army against the Turks, the agency staff were all awarded Russian gallantry awards. James was awarded the Russian St Georges Medal 1st class for bravery in action. The agency then moved to Vladikavkaz.

The onset of the Russian revolution made the region still more hazardous. The Allied Consuls attempted to flee to safety, but became caught in heavy fighting on the Georgian Military Road at the Kazbek Mountain. The American Consul Willoughby-Smith approached the agency for help, and on the 12th May Captain Goldsmith and James, who was now promoted to the rank of Corporal, left at 5am with an Ingush tribesman as guide to rescue the Consuls. For his subsequent action James was awarded the Distinguished Conduct Medal. His exploits were described in the London Gazette as follows:

“For conspicuous gallantry in action in the Tartar country, south of Erivan while with a Ford car he proceeded to the rescue of the Allied Consuls who had been held up on the top of the Kasbek Mountain. He came under heavy fire on the Georgian Road and the guide accompanying him was killed”

Following the Russian revolution, the Bolsheviks became suspicious of the agency and arrested them in November 1917. They were marched over the Steppes in winter and imprisoned in Moscow. After negotiation and in an exchange for a Russian White Admiral all 11 agency staff were returned to Britain via Finland in May 1919.

Note:
MacDonell, And Nothing Long, p.265. The Caucasus Military Agency, on the other hand, had been transferred to Vladikavkaz when the Turkish armies approached the Tiflis area. There Colonel Pike was accidentally shot on 15 August while watching the street battles between the Bolsheviks and the Terek Cossacks. Goldsmith, who after the death of Pike became the Acting Commanding Officer of the Caucasus Military Agency, and the other members of the mission were arrested in Vladikavkaz by the Bolsheviks in October for being connected to Lockhart conspiracy. Lockhart was then under arrest in Moscow for engineering a counter-revolutionary plot and was eventually sentenced to death. (`Secret and Confidential Memorandum on the Alleged "Allied Conspiracy" in Russia', 5 Nov. 1918; London, PRO; FO 371/3348.) Members of the Caucasus Military Agency were sent to Moscow in January 1919 and stayed in Butirski prison until July 1919: Goldsmith's Report to the Director of Military Intelligence, 1 July 1919; London, PRO; WO 95/4960.

I understand that photographs are held in the KOSB Museum.