The death of 'Catcher in the Rye' author, JD Salinger, brings out some painful stories of his relationship with his second wife, Claire Douglas.
Claire, daughter of art critic Professor Robert Langton Douglas, had met Salinger at a party in 1954, when she was just 19 and a student at Radcliffe College. They married the next year, and Salinger insisted that Claire drop out of school and live with him, only four months shy of graduation, which she did. They had two children, Margaret and Matthew.

Margaret Salinger wrote in her memoir Dream Catcher that she believes her parents would not have married, nor would she have been born, had her father not read the teachings of Lahiri Mahasaya, a guru of Paramahansa Yogananda, which brought the possibility of enlightenment to those following the path of the "householder" (a married person with children).

Certain elements of the story "Franny", which he gave her as a wedding present, published in January 1955, are based on his relationship with Claire, including her ownership of the book The Way of the Pilgrim. 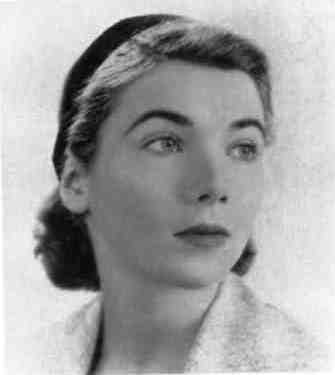 Because of their isolated location and Salinger's proclivities, they hardly saw other people for long stretches of time. Claire was also frustrated by J.D.'s ever-changing religious beliefs. Though she committed herself to Kriya yoga, to which he had introduced her, she remembered that Salinger would chronically leave Cornish to work on a story "for several weeks only to return with the piece he was supposed to be finishing all undone or destroyed and some new 'ism' we had to follow." Claire believed "it was to cover the fact that Jerry had just destroyed or junked or couldn't face the quality of, or couldn't face publishing, what he had created."

Salinger's family life was further marked by discord after the first child was born; according to Margaret (known as Peggy), Claire felt that her daughter had replaced her in Salinger's affections. The infant Margaret was sick much of the time, but Salinger, having embraced the tenets of Christian Science, refused to take her to a doctor. According to Margaret, her mother admitted to her years later that she went "over the edge" in the winter of 1957 and had made plans to murder her 13-month-old infant and then commit suicide. Claire had intended to do it during a trip to New York City with Salinger, but she instead acted on a sudden impulse to take Margaret from the hotel and run away. After a few months, Salinger persuaded her to return to Cornish. At about this time, Lady Douglas, wife of claire's half-brother Lord Sholto Douglas of Kirtleside, the former commander-in-chief of the Fighter Command, took pity on Claire, who was 'living in a hut with no running water' and 'having to slum it'. Lady Douglas would send Claire parcels of clothes, not realising that Salinger's book, 'The Catcher in the Rye' was proving to be a best seller.