I have recently been revisiting the story of John Douglas, 7th Premier of Queensland, Australia. It has given me the opportunity of including more details of his family and descendants in the database. These will be added at the next GEDCOM upload.

Doing my research, I came across Jeremy Hodes thesis, The Uncompromising Liberal, which was written over a period of 7 years! Sadly, the online version does not contain any of the maps or photographs. However, there is an excellent colection of photographs in the National Library of Australia's Digital Collection. These are well captioned and contain much useful material. Jeremy's work is a fascinating account of John Douglas' life and times, including genealogy information, and comes well referenced, which could prove useful to family historians seeking further information. 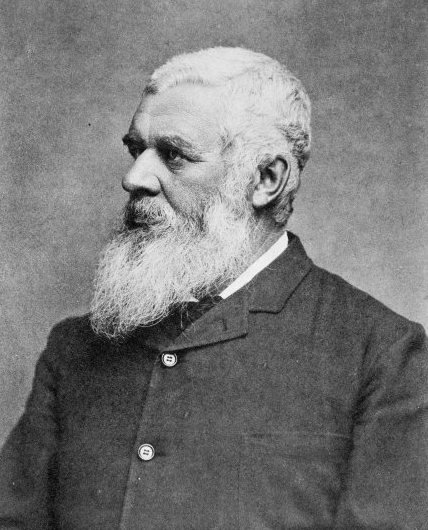 Douglas was born in London, the seventh son of Henry Alexander Douglas and his wife Elizabeth Dalzell, daughter of the Earl of Carnwarth. His father was the third son of Sir William Douglas (c.1730–1783), fourth Baronet Douglas of Kelhead, who was a brother of the sixth and seventh Marquess of Queensberry. Douglas' parents died in 1837, he was educated at Harrow Rugby 1843-47 and Durham University where he graduated B.A. in 1850.

Douglas arrived in New South Wales with his brother Edward in 1851 and was appointed a gold-fields commissioner, but gave this up to enter on a pastoral life. He was then elected member for the Darling Downs and afterwards for Camden in the New South Wales Legislative Assembly until resigning on 17 July 1861. Going to Queensland in 1863 he was elected as member for Port Curtis in the Queensland Legislative Assembly, and on 1 March 1866 became postmaster-general in the first Macalister ministry. He transferred to the Queensland Legislative Council, but was elected to the Legislative Assembly again as member for Eastern Downs. He took the portfolio of colonial treasurer in the second Macalister ministry in December 1866, but in May 1867 changed this position for that of secretary for public works. He was postmaster-general in the Charles Lilley ministry from December 1868 to November 1869, when he resigned to become Agent-General for Queensland in London.

In 1871 Douglas returned to Queensland and became insolvent on 23 February 1872. Douglas was returned for Maryborough at the election held in 1875. He was secretary for public lands in the Thorn ministry from June 1876 until March 1877, when he became premier and was given the honour of C.M.G. His party was defeated at the election held in January 1879 and Douglas gave up politics. He was for some time on the literary staff of the Brisbane Courier, and in 1885 was appointed government resident and magistrate at Thursday Island. After the death of Sir Peter Scratchley in December 1885 Douglas acted as special commissioner for the protectorate of British New Guinea for nearly three years, and showed tact and ability in his dealings with the local inhabitants.

In 1889 Douglas returned to his old position on Thursday Island. He visited England in 1902 and on his return continued his work until his death at Thursday Island. Douglas was married twice, first to Mary, daughter of the Rev. J. Simpson, in 1861 and for the second time in 1877 to Sarah, daughter of Michael Hickey. He was survived by four sons of the second marriage, of whom two have had distinguished careers. The youngest, Robert Johnstone Douglas, (1883-1972), was appointed a judge of the supreme court of Queensland in 1923 and the eldest, Edward Archibald Douglas, (1877-1947), was appointed to a similar position in March 1929.