During a recent short holiday in Seville, I did not expect to see evidence of 'The good' Sir James Douglas, who passed through the city when en-route to the Holy Land, in 1330. As a consequence, I failed to do my research before arriving.

When he was commissioned by the dying King, Robert 'The Bruce', to carry his heart on crusade to the Holy Land, James Douglas gathered around him several noble knights and twenty esquires, among them a son of Sir Roger Kirkpatrick of Closeburn. The chronicler Jean le Bel tells that Bruce wanted his heart taken to the Holy Land and presented at the Church of the Holy Sepulchre. The poet John Barbour says merely that Bruce wished his heart to be carried in battle against 'God's foes.'

The Scots travelled first to Sluys, where they remained for twelve days, with Douglas holding court on board ship as if the late king himself were present, and not just his heart. Sir James's main purpose, according to Le Bel, was to publicise his mission and find out if other knights were interested in joining the Scots expedition to the Holy Land. It may be Douglas was awaiting news of the planned crusade against Granada and on learning that, despite the withdrawal of his allies, King Alfonso XI still intended to go to war, he finally set sail for Spain. After a stormy passage, the party arrived at the mouth of the Guadalquivir, probably sometime in late June, and disembarked upstream at Seville.

Seville was a busy trading port, and remains so today. Modern Seville is a bustling tourist city with tavellers and pilgrims arriving from all parts of Spain and further afield. So, visiting in Holy week was going to be an exciting time.

Whilst there, I was advised of the Kirkpatrick connection.

Doña María Eugenia Ignacia Augustina de Palafox y KirkPatrick, 16th Countess of Teba, 15th Marchioness of Ardales (5 May 1826 – 11 July 1920), known as Eugénie de Montijo, was the last Empress Consort of the French (1853-71) as the wife of Napoleon III, Emperor of the French.

The last Empress of the French was born in Granada, Spain, to Don Cipriano de Palafox y Portocarrero (1785–1839), whose titles included 8th Count of Ablitas, 9th Count of Montijo, 15th Count of Teba, 8th Count of Fuentidueña, 14th Marquess of Ardales, 17th Marquess of Moya and 13th Marquess of la Algaba and his half-Scottish, quarter-Belgian, quarter-Spanish wife (whom he married on 15 December 1817), María Manuela Enriqueta Kirkpatrick de Closbourn y de Grevigné (24 February 1794 – 22 November 1879), a daughter of the Scots-born William Kirkpatrick of Closbourn (1764–1837), who became United States consul to Málaga, and later was a wholesale wine merchant.

The title ‘de Teba,’ was conferred on the Comte de Montijo as a second title, in recognition of his conduct at the siege of Teba in Andalusia, in 1328, when the place was taken by the Moors. Sir James lost his life in the same place in 1330. The Kirkpatricks are a sept of Clan Douglas.

The ancient buildings in Seville display a rich history, with many coats of arms adorning the walls. However, I was unable to locate that of the Count of Teba - or that of Kirkpatrick. 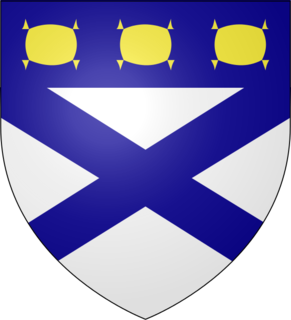 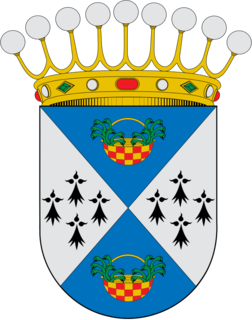 Coat of arms - Count of Teba

The current holder of the County of Teba is María Macarena de Mitjans y Verea, XXIII Countess of Teba.

When most people think of the Crusades, they imagine large Christian armies converging on the Holy land. But by the 1300s, the idea of Crusade was expanded to include any Church-sanctioned fighting against non-Christians in Europe. The Reconquista of Spain was one of the expanded Crusades. Poet john Barbour may have considered the idea that the Reconquista was a Crusade.