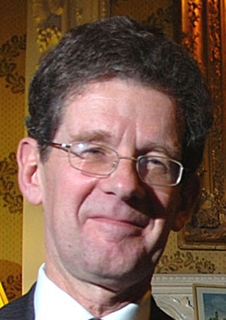 Andrew Douglas-Home was honoured with an OBE in this year's New Year’s honours list for services to fishing and Scottish heritage, recognising his long involvement with two of the biggest visitor draws in the Scottish Borders, the River Tweed and Abbotsford House.

Mr Douglas-Home, from Coldstream, has been recognised for his three decades’ service with the River Tweed Commissioners – from which he recently stood down as chairman after eight years – together with the Tweed Foundation, as well as his role with the Abbotsford Trust.

He remains a commissioner and has seen much change along the river since 1983, when he first joined.

As a trustee of the Abbotsford Trust, Mr Douglas-Home is involved with the multi-million pound renovation project currently underway at Abbotsford House former home of the novelist, Sir Walter Scott.

Mr Douglas-Home was one of the three executors of the estate of the late Dame Jean Maxwell-Scott, who along with her sister, the late Mrs Patricia Maxwell-Scott, were direct descendants of the novelist, and had looked after the great house for more than half a century.

Andrew Douglas-Home was born on 14 May 1950. He is the son of Hon. Edward Charles Douglas-Home and Nancy Rose Straker-Smith, and grandson of Charles Cospatrick Archibald Douglas-Home, 13th Earl of Home.

He married Jane Pease, daughter of Maurice Oliver Pease and Marysia Skrynska, in 1980.