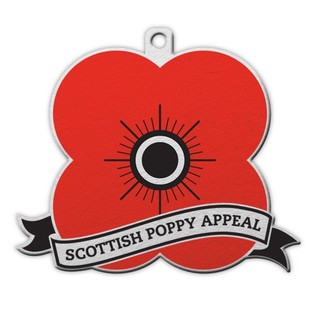 I have just received an appeal for funds for Poppy Scotland.

Poppyscotland is the leading charity supporting ex-Servicemen and women and their families in Scotland. The charity is probably best known for running the iconic Scottish Poppy Appeal, but they work all year round to help veterans and their families receive the care and support they urgently need.

This appeal cleverly links the appeal to remembering Sailor Thomas Douglas of the Mercantile Marine, who died on 21st April 1918.

Thomas was the son of the late Thomas and Catherine Douglas; husband of Annie Douglas (nee McEwan), of 180, Gallowgate, Glasgow. Born in Glasgow, he served on the S.S. "Normandiet" (London) and is commemorated at Tower Hill Memorial, in London.

She was first attacked by submarine torpedo (which missed) in the English Channel 30 June 1917.

Second, attacked in the Bristol Channel 14 August 1917 by a surfaced U-boat's deck gun, but drove the enemy submarine off with its own ship's gun. No losses.

Finally, torpedoed without warning by submarine U-91 on 21 April 1918 34 miles southwest by west from the Calf of Man, off the Isle of Man, whilst en route from Bilbao to Glasgow with a cargo of iron ore. She sank with the loss of 19 lives, including the Master, and Thomas Douglas.

If yuo would like to remember Thomas, or any of the other many Douglases who lost their live in war, you can do so here: http://goo.gl/zfDKW0