Political historian Dr Amy Blakeway explores the dangers and challenges facing those who acted as regent during the minority of a king or queen in sixteenth-century Scotland.

When we think of the sixteenth century, most of us immediately remember the famous monarchs who ruled throughout Europe: in Scotland, the Stewarts, and, further afield, their English cousins the Tudors and French relations the Valois.

The reality was somewhat different. For fifty years of the sixteenth century Scotland was not ruled by Kings and Queens. This was because of the simple fact that every monarch came to the throne as a child under two years old – most famously, of course, Mary, Queen of Scots (pictured), was a mere six days old when her father died and she inherited the throne.

In a society where the monarch held real political power, as well as being a symbolic leader of the nation, not having a King or Queen presented real problems. Who would call Parliament? Who would negotiate for war and peace? Who would settle disagreements and distribute justice?

In Scotland, this gaping hole in the political system during a monarch’s childhood, known as a royal minority, was overcome by delegating the monarch’s responsibilities to someone who would rule in their place as regent.

This lucky person would, effectively, take the monarch’s place: living in the gorgeous royal palaces of Holyrood, Stirling and Falkland, able to wear the monarch’s jewellery (except the crown) – and, in one case, when James Hamilton earl of Arran became regent after the death of his cousin James V in 1542, wearing the dead monarch’s clothes! 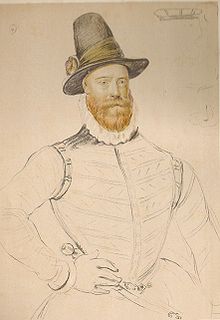 However, being regent was by no means easy. First, despite the fact that the Scots had been dealing with child monarchs for centuries there was no clear law stating who had the legal right to be regent. At the start of the sixteenth century, regents were either appointed by the monarch in their will or the person who was next in the royal succession was appointed.

After 1567, when Mary, Queen of Scots was deposed, a new theory was developed that regents ought to be elected by Parliament. Because the Scots disagreed on the correct way to pick a regent, it meant that even after they were appointed any regent was open to be challenged. To make matters even worse, people disagreed about when a monarch could be considered an adult! The ages eighteen, fourteen (for boys) and twelve (for girls) were all suggested.

However, if a monarch thought they were old enough to rule, they could just declare themselves an adult – regardless of their age – and the regent would forfeit power. This happened with James V in 1524, and with his grandson James VI, in 1578. Both were not yet thirteen. Even if no-one was actively challenging a regent, other pressures made it difficult to rule.

Foreign affairs were especially challenging. Monarchs of England and France both saw a child monarch in Scotland as a good opportunity to try to gain more control. Sometimes these challenges from abroad and within Scotland split over into war. Two regents were assassinated whilst fulfilling their duties: James Stewart, earl of Moray (pictured), in January 1570, and his successor, Matthew Stewart, earl of Lennox, only twenty months later, in September 1571.

Every government struggles with the problem of money, but this was particularly difficult for regents. Queen mothers had a right to one-third of the crown income if they outlived their husband. This meant regents were trying to run the country with only two-thirds of what a monarch might expect – often whilst paying for an expensive war. With all of these problems, it is no surprise that for a long time periods of royal minority were dismissed as being dangerous times with no effective government.

However, looking beneath the surface shows that it was possible for regents to rule effectively, negotiating treaties, holding Parliaments and dispensing justice. Bringing them back into the picture helps us to understand not only periods of royal minority, but the monarchs on whose behalf regents ruled.

Dr Amy Blakeway is the author of Regency in Sixteenth-Century Scotland, published by Boydell & Brewer. Drawing on a broad archival base of neglected manuscript materials, ranging from financial accounts, to the justiciary court records, to diplomatic correspondence scattered from Edinburgh to Paris, the book reveals a greater level of continuity between the personal rules of the adult Stewarts and of their regents than has hitherto been appreciated.

Is there a secret for logging onto the Douglas website.  Every time I log in - I receive a message it has failed and to reset my password.  I have reset my password several times with the same result????

Sadly, Douglas castle is no more than a ruin now - you can just walk in.

Comment by Sherri Beardsley on April 22, 2015 at 18:15
The succession of the monarch were certainly interesting and it makes me even happier that I was born when I was. My husband and I spent three wonderful weeks in Scotland a couple of years ago and it is such a magical place! I could live there and everyone was so wonderful. Is the Douglas Castle open for tours at any time I wonder.