I am attempting to identify which officer this item refers to.

From the history of the 37th Regiment

In mid-April (1858) a column from the recently relieved Lucknow under Brigadier Lugard attacked the rebels in the rear at the Jaunpore bridge. Kunwar Singh fled southwards towards the Ganges, pursued by two columns of British troops, including one comprised of 37th soldiers under Brigadier Douglas. This came up with the enemy at Natherpur on April 17. While artillery bombarded the rebels’ position, Douglas sent his infantry to turn their flank. The attack was completely successful. The 37th, led by Captain Raymond Pelly and Lieutenants John Collum and George Savage, rushed the position and captured a Colour of the mutinous 28th Bengal Regiment.

The enemy made off hurriedly, but the pursuing British overtook them again on April 20 when crossing a river near Ghazipore. Despite being tired after a long march, Douglas’s men attacked vigorously, inflicting heavy casualties and seizing an artillery piece and many wagons and elephants. The rebels now dispersed and although Kunwar Singh reached the safety of the Jagdispur jungles he died shortly afterwards.

Douglas wrote enthusiastically of his men’s great marches. In five days, under a burning sun and on scanty rations, they had covered 120 miles. He strongly commended Captain Harrison, who commanded the 37th, whose losses totalled one killed and seven wounded.

The start of May found six companies in the Ghazipore district, hunting down dispersed rebels. However, by May 16 they had re-joined headquarters because of the number of deaths caused by heatstroke on the long marches.

From July, three companies under Captains Charles Luxmoore and Edward Burton took the field as part of a larger force charged with keeping the Grand Trunk Road open in the face of attacks by Kunwarde Singh’s brother, Anwar. In September some 70 of the 37th helped to round up 700 mutineers at Peroo, the sepoys being dislodged by the infantry and then hunted down by the cavalry who had outflanked them.

During October and November, Douglas carried out a wide sweeping movement through the area between the River Ganges and the River Soane. A column which included Captain Luxmoore’s three companies stormed a rebel detachment at Nonadee village, routing the mutineers for the loss of one man killed and four wounded 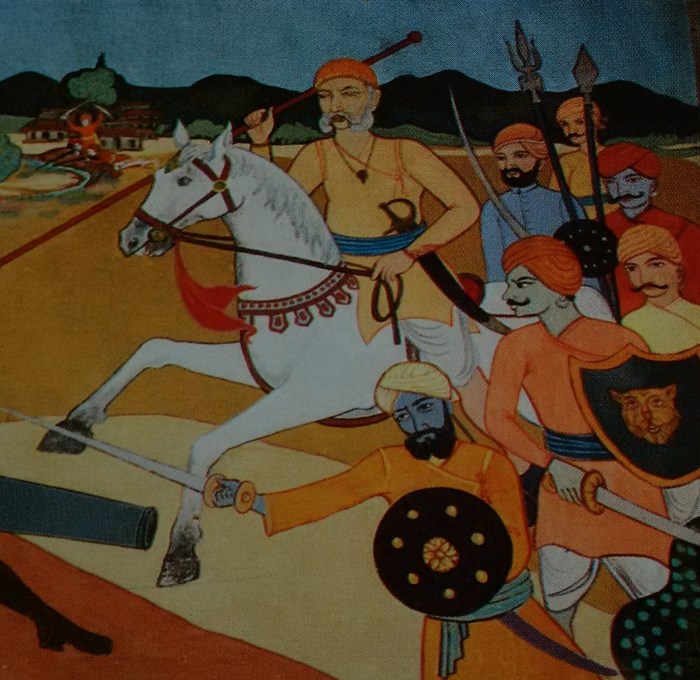 During the Uprising Koer Sing (now, Kunwar Singh, 1777-1858) fought a guerrilla campaign against the British. After fighting alongside the rebel leader Tantia Tope at Cawnpore, Kunwar Singh sought to return to his estate at Jagdishpur, Bihar. While crossing the River Ganges, and pursued by Brigadier Douglas of the 37th Regiment, Kunwar Singh was wounded in the arm by British artillery fire.

Kunwar Singh's fly whisk is held by the National Museums of Scotland.

His date and place of death are not certain.