Chain mail - an example of why I dislike it.

This morning, I received one of those emails that circulates around the hinternet and blogosphere asking me to "Be a link in the memorial chain and help distribute this around the world" telling me "This e-mail is intended to reach 400 million people". The email came to me via South Africa, so it is travelling. But why 400 million people?

As a rule, I do not pass on snowball* type emails. Sometimes I just delete them; sometimes I point out that the unfortunate child who needs our help…

On this day in 1570, James Hamilton shot and killed James Stewart, 1st Earl of Moray, in the first recorded assassination using a firearm.

The Earl of Moray, during his brief term of office as the Regent of Scotland, was on his way to Edinburgh to meet James Douglas, 4th earl of Morton, and others, so discuss the rendition of English rebels.

The following is extracted from Rootsweb

I've "rescued" an old photograph identified only as "DOUGLAS" which was taken at the Jones Studio in Providence, Rhode Island. The photograph appears to have been taken in the 1870's with the man in the photograph most likely in his 30's at the time the photograph was taken. In addition to his name, someone has written "Registrar's Clerk" on the front of the photograph.

The photograph was recovered along with others belonging to…

Tommy's medals put up for auction - not everyone is pleased 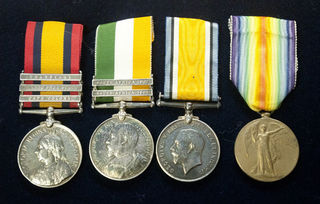 A collection of medals once belonging to the father of Canadian universal health care is being sold by a London, Ontario, auction house — much to the dismay of a Saskatchewan military historian, who believes the Tommy Douglas memorabilia should be held in public trust.

Today, the Wikipedia community announced its decision to black out the English-language Wikipedia for 24 hours, worldwide, beginning at 05:00 UTC on Wednesday, January 18 (you can read the statement from the Wikimedia Foundation here). The blackout is a protest against proposed legislation in the United States — the Stop Online Piracy Act (SOPA) in the U.S. House of Representatives, and the…

The Duke of Queensberry and the Union of Scotland and England: James Douglas and the Act of Union of 1707 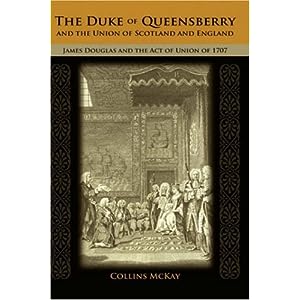 At a time when Scottish independence is very much in the minds of Scots, It is timely to be reminded of the role played by James Douglas, Duke of Queensberry in the Union of 1707.

This book is the only biography of the "Union Duke". It fully explores the…

My Heritage - I've been added to a family tree

I have just received an email from someone whose name I do not recognise to tell me that "I've added you to our family tree on MyHeritage.com".

The odd thing is that I cannot find myself on the tree, and indeed can only find two Douglases out of 27,000 records.

Does anyone here understand how My Heritage works, and why I should have been added?

Congratulations to Martin Richard Douglas of Salford Quays, Greater Manchester,  General Manager, Cargill UK, who received an OBE for services to Industry in the North West.