John Douglas, the Bishop of Salisbury, was born on 14 July 1721. He was the son of a merchant in Pittenweem, Fife, and grandson of an Episcopalian clergyman in Saltoun, East Lothian. He was educated in Dunbar, East Lothian, until 1736 when he entered St. Mary's Hall, Oxford. In 1738 he was at Balliol, and 1740 he graduated with the degree of B.A. After a period abroad learning French, he was awarded the degree of M.A. in 1743. The following year, Douglas was ordained as a deacon and was appointed chaplain to the 3rd Regiment of Foot Guards. In 1745, he was at the Battle of Fontenoy. On his return from the army, he was again at Balliol and in 1747 he was ordained as a priest, and was then curate of Tilehurst near Reading and then at Dunstew, Oxfordshire. A post of tutor to Lord Pulteney, son of the Marquis of Bath, followed, and then livings at Eaton Constantine and at Uppington in Shropshire, before becoming vicar of High Ercall, Shropshire. In 1758, Douglas took the degree of D.D. and he was given the curacy of Kenley in Shropshire, and in 1762 a canonry at Windsor. A living at St. Augustine and St. Faith, Watling Street, London, followed, and a canonry at St. Paul's in 1776. In 1787 Douglas was appointed Bishop of Carlisle, and in 1788 Dean of Windsor. In 1791 he became Bishop of Salisbury. His publications, many of which were political papers, include a pamphlet entitled  Milton vindicated from the charge of plagiarism (1751), a book  Criterion (1752),  Apology for the clergy (1755),  A serious defence of some late measures of the administration (1756), and  The conduct of the late Commander candidly considered  (1759). John Douglas, Bishop of Salisbury, died on 18 May 1807. He was buried in St. George's Chapel, Windsor on 25 May. 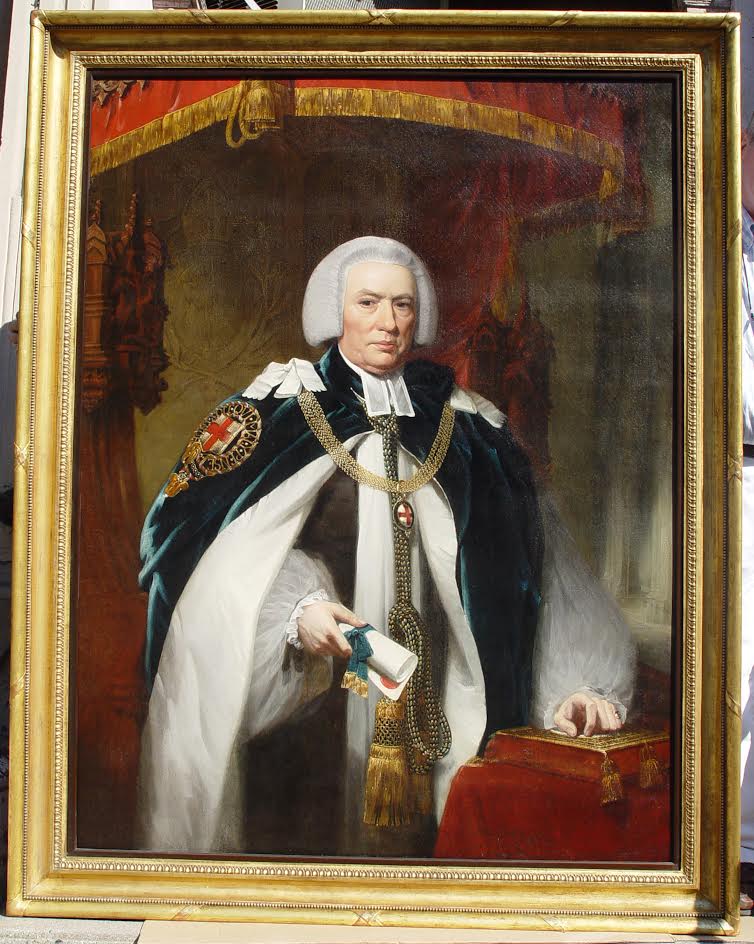 in acquiring this portrait, please contact me in the first instance.