Drysdale is considered a sept of the Douglas clan, but it is quite likely that this was a separate family which existed previous to when the three Douglas brothers adopted the Drysdale name. A sept is a family that can be related to a clan or larger family for various reasons. Usually this came about either through marriage or by a small family seeking protection from a larger and more powerful neighbour.

Story of the creation of the Drysdale family

The following is said to tell the story of the creation of the Drysdale family, it was actually part of the Black Douglas clan which remained in Scotland, following their failed attempt against the Scots crown in 1455. [Earlier references to Drysdale, or Dryfesdale can be found]

"On the Twentieth Day of May, One Thousand Five Hundred and Three Years

We, Thomas, William, and James Douglass, sons of the departed Thomas Douglass, of Brushwood Haugh, in the parish of Drysdale, and Shire of Dumfries, left our native place for the reason here assigned, viz:- Defending our just and lawful rights against our unjust neighbour, Johnston of Greenstonhill, who, being determined to bring water to his mill through our property, and having obtained leave of his friend, the King, began his operations on Monday, the 16th of May, We prevented him by force.
The next day he brought twenty of his vassels to carry on the work. We with two friends and three servants, (eight in all,) attacked Johnston with his twenty, and, in the contest, fourteen of his men were killed, along with their base leader. A report of these proceedings was carried to the King, and we were obliged to fly, (the tocsin being sounded).
We took shelter under the shadow of the Ochil Hills, in a lonely valley on the river Devon. After having lived there a full two years, we returned home in disguise, but found all our property in the possession of Johnston's friends, and a great reward offered for our lives. We, having purchased a small spot, called the Haugh of Dollar, and changed our names to the name of our Parish, are clearly in mind to spend the residue of our days under the ope of the Ochils, and wish the name of Drysdale to flourish in the lonely valley. The King passed through this with his Court on the 12th of June, 1506, going from Stirling to Falkland - dined on Halliday's green. (an eastern neighbour;) but we were not recognised."

The above story has been preserved among the desendants of Thomas, William, and James Douglass, now known by the name of Drysdale, and copied at several times by different individuals - first, by Simon Drysdale of the Haugh of Dollar, in the year 1620; by Robert Drysdale of Tillicoultry, in 1708; by John Drysdale, Dunfermline, in 1835; by James Drysdale, Dumfermline, in 1838; by John Montrose Drysdale, in 1841; by George Drysdale, Aberdeen, in 1845; by David Drysdale, Glasgow, in 1857; by John Harrower Drysdale, Aylmer, Ontario, Canada, in 1920; and now by Nicholas Edwin Kontzie (great-great-grandson of Jane Drysdale), Winnipeg, Manitoba, Canada, in 2000.

Lieutenant and Adjutant Sholto Douglas Sorlie, formerly of the 68th Regiment of Light Infantry, and late of the 2nd Veteran Battalion, who died On Tuesday, at Leeds, in 1839 in his 68th year, was the…Continue

You need to be a member of Drysdale - a Douglas sept to add comments!

"A small Royal Marine Commando Unit under the command of Lieutenant-Colonel D.B. Drysdale, R.M., is being formed for very early dispatch by air to the Far East for service in Korea. This is in addition to the Royal Marine Commando Brigade in Malaya, which
will continue operations. For reasons of operational security, it is not desirable to publicise the size and composition, or the times of departure and arrival of this unit."

Lieutenant-Colonel Drysdale, M.B.E., R.M., who is 33, joined the
battle cruiser Renown at the outbreak of war and subsequently served
as a Captain with 101 R.M. Brigade. In 1943 he was appointed
Brigade Major to the Third Commando Brigade in Burma. Two years
later he was appointed to the command of 44 Commando. Promoted
Major in December, 1949, he became chief instructor at the R.M.
Officers' School at Plymouth last January.

Colonel Drysdale of the Argyll and Sutherland Highlanders had his portrait painted by Hermann Schmiechen (1855–1895).
It hangs in Dumbarton Castle, not a million miles from where I live.
I will try to visit when that is allowed to find out more. 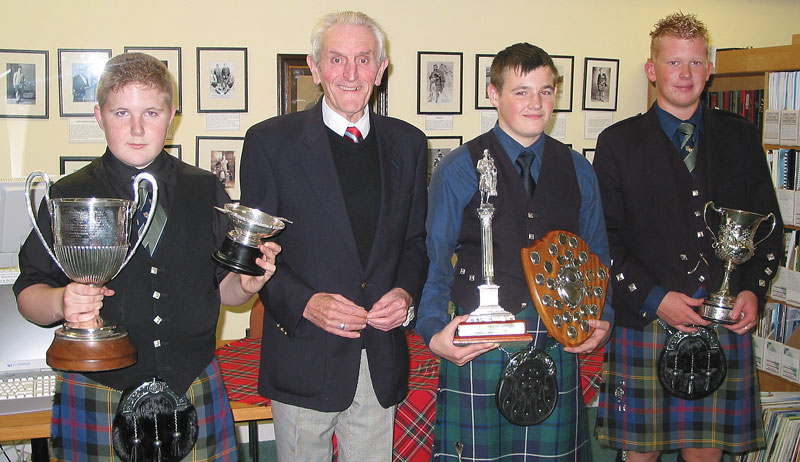 So you and others can have a better understanding, I would suggest reading the page at this link:  http://www.genetrackcanada.com/tests/dna-ancestry-test

To get the greatest likelihood of a match, it would probably be best to start with some people who can trace their lineage back to a Drysdale from the shire of Fife in Scotland. I have noticed there are quite a number of Drysdales in the Dunfermline, Dalgety Bay area of Fife.

I think the Douglas/Drysdale information is quite likely true. Your information that there were Drysdales already, before the Douglas brothers adopted the name, would suggest there should be at least 2 groups of Drysdales. The Fifeshire Drysdales could be all from one or the other group, or a mix of the two.

I think it would be important too, that anyone participating would not have to share information, unless by choice. Initially, I think it could be agreed that everyone would just be told how many of the group matched or not. For example, if 6 people participated, they might all be advised,  that two groups were found with 3 individuals in each group.

P.S. If anyone who thinks they might be interested could add a comment here it would let us know whether to move forward. Even if you can't trace an ancestor to Fife, you could still participate, a match might still be found.

I would be very happy if you were to take forward the proposed DNA project.

Very interesting Robert Wang , However , When you run across someone  Douglas or Drysdale who can connect to that document with actual genealogy  please do let me and others know .

I have heard the story of the 3 Douglas(s) brothers many years ago. So when it can be proven as fact or not, why simply muse about it.

Since the Y chromosome is the one genetic marker which comes strictly from the father, every male basically inherits an exact duplicate of this gene from his father. This means of course, that the 3 Douglas brothers all carried the identical Y chromosome. Furthermore, any male who descends from any one of these 3 brothers also has basically a photocopy of the same gene carried by the 3 brothers. There has been available for a number of years now, a Y-DNA test which confirms whether males are descended from the same ancestor. Every one whose genealogical research indicates that they may be a descendant of the 3 Douglas brothers could take one of these tests. By testing in this manner, let's say a hundred participants, it would reveal who have  descended from the same ancestor. It may well separate those who were from an original Drysdale clan, from those Douglas who adopted the name. Until Y-DNA testing is done, all talk is merely speculation and conjecture.

Since the Douglas(s) brothers were men of action, why should not their descendants move forth with a DNA project to reveal the truth.