My Ning Networks
My GenWise Blogs

I have received a large bundle of files relating to the Douglas family in Northamptonshire.I have yet to decide how to include them in the Douglas Archives, but will make them available to those of you researching William Douglas and Ann Mattie, and the wider family as I collate the collection.See More
Tuesday
0 Comments 0 Likes

William Douglas left a comment for Andrew Ernest Douglas
"Welcome to our group, Andrew. Although Andrew Richmond Douglas is well known to yourself, he will not be to the bulk of members. Perhaps you could put some detail on the bones?  See comments in the panel to the right. Yours aye, William"
Monday

Cromwell is dead, and risen; and dead again,And risen the third time after he was slainNo wonder! For he’s messenger of Hell:And now he buffets us, now posts to tellWhat’s past; and for one more game new counsel takesOf his good friend the Devil, who keeps the stakes.Will Douglas did not get the best of reviews on his poetry, but it did reflect the myriad of tales about Cromwell's demise, or as it otherwise put 'News of his death may be premature'.However, the identity of this poet is lost. Who…See More
Jan 19
1 Comment 0 Likes

Which Douglas line are you researching? Dates and places help making connections.
All areas of Douglas history and genealogy are of interest to me.

I am keen to track back family lines that are considered 'brick walls', and hope to be able to do this through the networking opportunities that arise through media such as this.

I have received a large bundle of files relating to the Douglas family in Northamptonshire.

I have yet to decide how to include them in the Douglas Archives, but will make them available to those of you researching William Douglas and Ann Mattie, and the wider family as I collate the collection.… 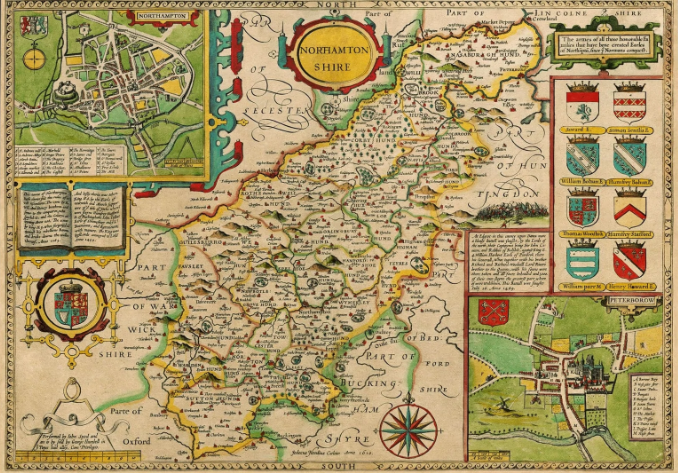 Cromwell is dead, and risen; and dead again,
And risen the third time after he was slain
No wonder! For he’s messenger of Hell:
And now he buffets us, now posts to tell
What’s past; and for one more game new counsel takes
Of his good friend the Devil, who keeps the stakes.

Will Douglas did not get the best of reviews on his poetry, but it did reflect the myriad of tales about Cromwell's demise, or as it…

Continuing with my project of learning and sharing more on the Douglas family's role in the many American wars, I am looking for help identifying Captain John Douglass's family. We know he married Ann Jones, but what else in known of this man?…

Best wishes to all Friends of the Douglas Archives 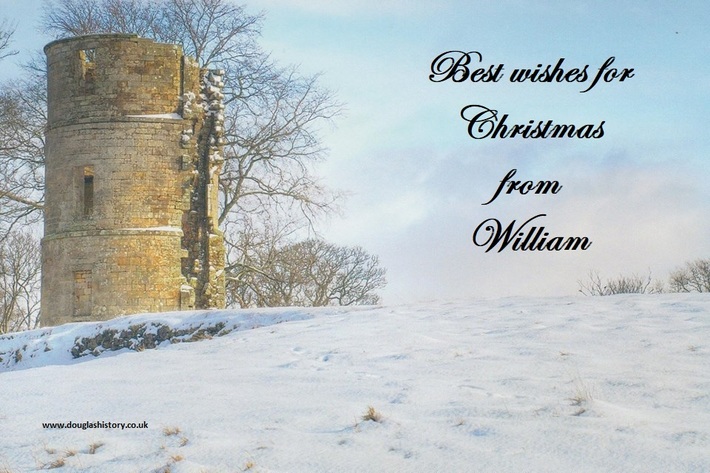 The Story of St Bride
The Handmaid of the Inn

A decree had gone out from Caesar Augustus, and the little city was full. A great drought held the land in its parched grip and the innkeeper must needs make his way to the well that is beside the gate, there to bide his time. He left Bride but a stoup of water and a bannock for her use, and…

American Wars and Conflicts - and their Douglas participants

Looking at this poster, I realise what I am about to ask is a huge topic.

Whilst the Douglas Archives covers conflcts within the current boundaries of the United Kingdom, and to a limited extent on Continental Europe, it is sadly lacking repesenting the many wars, 'wars' and battles that have taken place on American (continent) soil.

It is an omission that I would like to rectify.

Thank you for the insights provided a few years ago (when I first joined here), William. Admittedly, there have been more pressing matters on my plate since then.  Recently, after a quarter century, I have managed to reconnect with my half-sibling, Steven T. Douglas, and his lovely wife, Nancy has been doing genealogy for 40 years. My profile now contains an updated oldest known Douglas ancestor, and I am pleased to inform that my paternal grandmother's 3-great grandfather served at Valley Forge (Adam Calhoun Scott).

Yes, i have seen that information. Sadly there is no new things on it.

There was many families from Scotland who did stay in Finland : Montgomery, Forbes, Udine, Ogilvy, Teit or Tait,

Clark, Fotheringham, Leslie, Finlayson, and more. Ofcourse lastnames were changed here, or they got different spelling.

I have not forgotten you ,just a lot going on as my Youngest daughter died June 21, 2022 & we  are still sorting everything out.  Will get back to you as soon as all calms down..  Richard Scotti, St.Charles, MIssouri USA

Yes he was! Richard was my grandfather. He and Brenda had 3 children :

My parents divorced in 1991, and both remarried. Shannon then married Tami Little, and conceived:

My older sister Katelyn Douglas went on to marry David Spangler (since divorced) and conceived :

Having said all of that, I know that my great grandfather (Richards Father) left his wife and kids in the 1950’s, never to reconnect. We later learned that he started a new family, and we have since slowly reconnected. Any additional information on my bloodline would be most appreciated; the rest of my family have reservations about digging into our past. I find it to be terribly interesting. I’ve been told by my grandparents that one of my predecessors came to the States from Scotland within the last couple centuries, and they’ve always stated Lanarkshire as our family’s place of origin. I have no evidence aside from family stories passed down through the generations. Thank you for taking the time to reach out!

I hope the transfer of Douglas Support into the hands of the Community safeguards it for many years to come. Although I'm a Renfrew girl my dad's family were all miners in the Rosehall Colliery which was part of the Coatbridge Estate.

There is a recently published book - Glasgow's Blythswood by Graeme Smith which has a section on the intricacies of the Douglas/Campbell inheritance. The estate in Renfrew was originally called Renfield or Ranfield, which now lives on in Renfield St.

Good day, I am pleased that you responded and appreciate any information I can get.

Ben Berwick said…
Thanks for the comment William! This is all fairly new to me, so anything that offers up another fascinating glimpse into my family tree is good to me! Thank you for the link to investigate too - I think it's what drew me to your site originally.

My grandson researched my heritage on the Douglas side and found we are descendants of William de Douglas / Margaret Kersdale 1167 1214.

My grandfather was William Temple Douglas 1887 -1951 who married Janet Fotheringham.  Moved to Canada in the late 1930s.

My mother's name is Mary Ann Temple Douglas. one of six children.

Yes, he lived in Rockingham.  I’m descendant of his son Joseph Sr who moved to Kentucky.  The family then went to Illinois.  I have old family records that refer to Hugh being from Scotland and coming over in 1740, his son James was already born. If the will I found is accurate he passed around 1780-1788.  Wife was supposedly named Margaret.  All kinds of misinformation on trees, but likely none true.  My Hugh was a farmer and likely not from one of the more notable Douglas lines I presume.

Kim Nielsen said…
Hi William! Roberta Douglas Smith was my great grandmother, her daughter Rachel was my grandmother. I have managed to trace the 'double barrel' name back a bit more. Roberta's father William Douglas Smith 1846-1892 was born at Rue Farm in Holywood, Dumfries, his father was Robert Douglas Smith 1766 Tyrnon Dumfries and his parents were John Smith and Jean Douglas (Duglass) born 1740. I am now seeking further information about them. It is interesting that the surnames were merged as if she wished to retain Douglas. I'd be grateful for more information on her. I do have four 'clan' groups in the family history to research being Bailliol, Niven, Douglas, Anderson and possibly Smith. I was hoping to visit this year and learn more about the locations. My father even spoke Scotch Gaelic and my grandmother believed the family descended from the Black Douglas line.

This Ning App is not visible to members on the Main page.