I have just acquired a copy of Charles Henry Douglas's 'A Collection of Family records, with Biographical Sketches and other memoranda of various families and individuals bearing the name DOUGLAS, or allied families of that name,' published in 1879.

Can anyone tell how accurate they think the book is?…

Need photos of your American grandparents or great-grandparents? A great source of 20th century photos is the U.S. Passport Applications, 1795-1925 database from Ancestry.com.  It is not going to work for everyone but if your ancestors lived in the United States and either immigrated in the 20th century or had the means to travel abroad you just may be in luck.

The Circuit Court of Justiciary was opened at Dumfries on Monday last, by the Right Hon. Lord Justice Clerk and Lord Craig.

The Court, at nine o'clock on Tuesday morning, proceeded to the trial …

The Appin Murder - who was Mr Douglas?

The Appin Murder is one of the most famous in Scottish history. In the aftermath of the ’45 Rebellion, lands which had belonged to Jacobite clans were taken over by the government and parcelled-out to supporters of the victorious House of Hanover.

One of these was Colin Roy Campbell of Glenure. Colin Roy (who came to be known as the “Red Fox”) had served in the Earl of Loudoun’s regiment during the Rebellion. He was subsequently made factor over certain lands of Appin, which had…

In The Journal of Sir William Brereton of Handforth, Cheshire, wirtten in 1635, it states:

I have not seen this reference to married women's names before.  How true is this?

Names may have a number of variants, for example, Stephen and Steven can be Steve, Stephan or Steffan; Terry, Terrance, Terrence, Terence. Hannah or Hanna could be Ann, Annie, Nana or Nanny.

Should there be a Clan Douglas Gathering in 2014?

EventScotland has announced the early details of the funding opportunities to create Scotland's Homecoming celebrations in 2014. This announcement was made at the Scottish Tourism Week conference and included plans to make £3 Million available to support a wide range of Homecoming 2014 events.

I have been asked to identify which Douglas was sentenced to 48 hours in the black hole.

The diary of John Dawson of Brunton contains the brief entry:

[1761. March] 24. Tuesday. This morning I was president of a
court martial held upon one. Douglass for abusing Sergeant Orrick
and Corporal Smith : punishment… 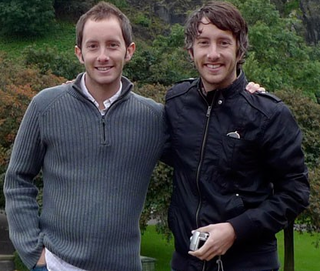 For nearly 18 years Graham and Britton Douglas believed they were fraternal twins. That was until Britton needed a bone-marrow transplant because chemotherapy for his leukemia had failed.

The Fort Worth, Texas, brothers learned that they were identical twins, sharing the same DNA, and therefore Britton could not receive his brother's bone marrow because their genetic…