Badseys Drysdales ''The Medical Register of 1859 records John Drysdale as living at 44 Rodney Street, Liverpool, having qualified as M.D. in Edinburgh in 1838 '' These folks  this line of Drysdales were Doctors and such .

My direct line  were in Hulme , Manchester. 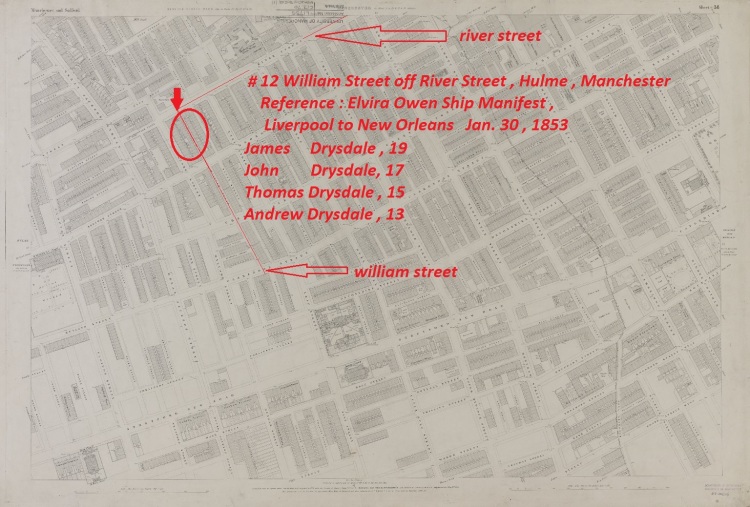 In 1853 John Drysdale , my immigrant ancestor  was in Liverpool long enough to board the Elvira Owen to New Orleans  , then on to Utah,  with his 3 brothers , James , Thomas , and Andrew ...  John crossed the plains with the Moses Daley Freight Train, serving as a teamster, his brothers traveled with the Cryus Wheelock pioneer company.

From Utah , John Drysdale went to California in 1854, where he remained during the winter, coming back the next summer when Albert Sydney Johnson's army came to Utah.....Soon after this he located in Cedar Fort, where he had lived until his death.

I have been looking back to see if I can find a connection further back , honestly I am still digging William .

Can you link your family to the Badsey Drysdales?

The Petition of John Toshen and Others
March, 1785

John Toshen, William Atkinson, Martin Lyons, John Mark Delesdernier, John Henderson, John Parsons, William Dryesdale, Jonathon Malcolm, Alexander Henderson, James Henderson, John Delesdernier … they are all inhabitants of Miramichie, they are informed that thirty families of Loyalists have obtaned 15,000 acres of land on this River. Your Memorialists claim a small Tract of Salt Marsh Lands on south side of River Miramichie called Kinadian Point, … have cleared, enclosed, and occuped said lands since 1777, and therefore ask that the land be granted to them.

The Petition of Benjamin Marston
August 15, 1785

Alexander Wishart, Ship Master, Robert Reid, Cornel's Place, John Watson, Alexander Henderson, ask that John Tushie, who has acted as Pilot on this River since 1775, never lost a vessel, recommend him for Pilot, very active, sober and industrious man. Francis Harriman, Master of the Ship Viper, certifie that … have been piloted up and downe this River several times by this Mr. John Tushie.

(encl.) in a letter, Marston to Jonathon Odell 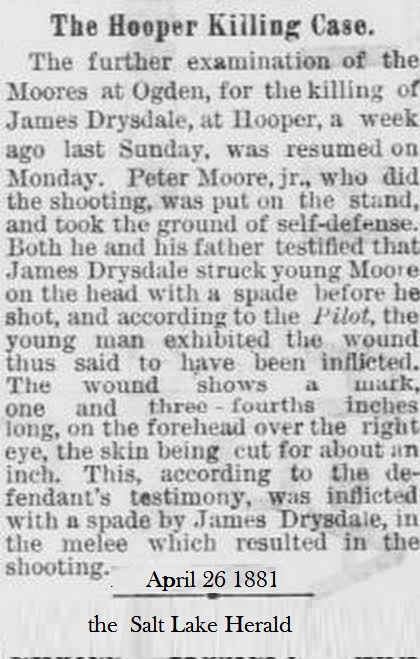